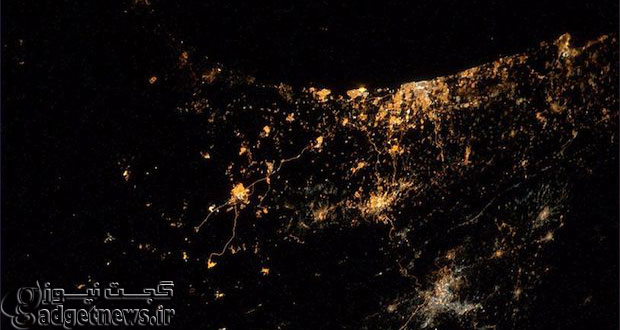 Alexander Gerst could see no borders, only the war: ‘There were streaks of light going forth and back over a dark Earth, occasionally lit up by orange fireballs’
A German astronaut with the European Space Agency has captured extraordinary nighttime images showing the explosive nature of the Israel-Gaza conflict.

Alexander Gerst took the photographs from the International Space Station. In the photos viewers can spot, along with city lights, missile or rocket trails streaming across the sky.

“My saddest photo yet. From #ISS we can actually see explosions and rockets flying over #Gaza & #Israel.”

On Friday, Gerst wrote on his blog: “There were streaks of light going forth and back over a dark Earth, occasionally lit up by orange fireballs. I took my camera and took a few photos before I finally realized what I just saw, and where we just flew past. Even though the photo itself does not contain any explosions, I could see them occur several times.”
Gerst also mentioned the unique perspective astronauts are afforded: “We do not see any borders from space. We just see a unique planet with a thin, fragile atmosphere, suspended in a vast and hostile darkness. From up here it is crystal clear that on Earth we are one humanity, we eventually all share the same fate.”

Reflecting on what was occurring on Earth, with two sides assailing each other with rockets and mortars, Gerst concluded:

“What came to my mind at the time of this photo was, if we ever will be visited by another species from somewhere in the universe, how would we explain to them what they might see as the very first thing when they look at our planet? How would we explain to them the way we humans treat not only each other but also our fragile blue planet, the only home we have? I do not have an answer for that.”

The images were posted at a time when Israel was facing new political and economic pressure to seek ways to halt deadly fighting that has raged for more than two weeks.

It would be incredible, most would agree, if Gerst could eventualy capture images during a cease-fire, for the sake of comparison. 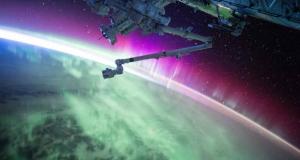 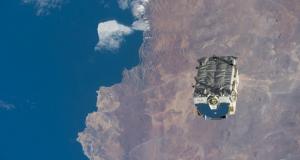