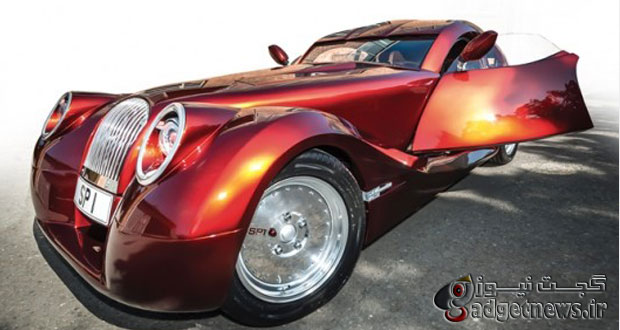 Morgan is the last privately-owned British car manufacturer. Its vehicles, like the Plus 8 Speedster and the 3 Wheeler, fuse British eccentricity with high-quality design. The new SP1 is no different, showcasing the company’s commitment to traditional craftsmanship and modern technology.

The SP1 was privately commissioned as a one-off and is the first vehicle produced through Morgan’s Special Projects Division. It is an evolution of the company’s LifeCar concept and has been refined to feature better road-going proportions and a better on-road stance.

The Special Projects team worked with the client throughout the design process. Initial sketches were followed by surface modelling in order to show what the car would eventually look like. Once the design work was completed, the body was built around a rolling chassis, using an English wheeling machine and hand-work to shape the panels.

A tubular frame is used to provide stiffness to the ride and the car’s doors open upwards and outwards adding a touch of drama. A three-stage paint job used a black undercoat and a red finish to provide a deep and dark red color.

The specially-built bodywork used a wooden frame made of ash wood and African Bubinga red hardwood, the latter of which was chosen by the client to represent his time spent in Africa. The two types of wood are light and dark, respectively, providing a tonal contrast that can be seen where parts of the frame have been purposely left exposed. Parts of the aluminum metalwork of the car are also left exposed, as a reminder of the craftsmanship that has gone into the car.

Inside, curved ash frames are used for the seat frames, which are polished to show the grain and pattern of the wood. An aged, distressed red leather, chosen by the client, is used for the seat cushioning, with bold stitching used as a means of adding detail. A roof-mounted switchgear with toggle switches is used to simulate a proper starting procedure, whilst an iPad has been installed in the fascia to power the car’s infotainment system.

The SP1 has a Ford 3.7-liter V6 mustang engine that, according to head of design Jon Wells, will produce 320 bhp or more. Computational fluid dynamics modelling (the use of software to analyze fluid flows) indicates a top speed of 145 mph (233 km/h) and a 0-60 mph (0-100 km/h) time of five seconds.

The SP1 has been created over the course of 18 months, albeit with the same 10-person team also working on other projects. It is being displayed at the Salon Privé motor show this week. 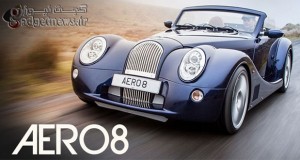