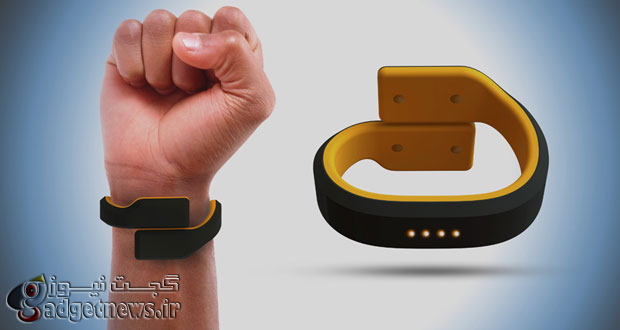 Pavlok is a habit-forming wearable that will shock you

Pavlok is a habit-forming wearable that will shock you

“Wake up sleepy head… it’s time to go to the gym.” “Put down those chips!” “Stop wasting time on Facebook.” If any of the above statements resonate with you, then you’re not alone. Maneesh Sethi, author and Stanford alumnus has said all of the above to himself at one point, and wanted to know why. Why, despite knowing the right thing to do, he kept making the wrong choices. His solution wasn’t to buy a book, splash out on a personal trainer or go to a professional. Instead, Sethi investigated how humans behave; how they form habits. His research led him to invent Pavlok — a $250 wearable he’s launching later this year. One that will, literally, shock you.

Sethi explains how Pavlok works with a simple example — the habit of waking earlier. “It sits on my wrist and at 6am it’ll vibrate. I can snooze it, but if I snooze it twice, it shocks me.” Essentially, it’s a wristband that shocks you into submission action. Or as a description on an investor page puts it:

“Pavlok combines accurate tracking capabilities, powerful commitment techniques, and ‘on-your-wrist’ reminder triggers to change users’ brains and form the habits they wish they had.”
It may sound draconian, but Sethi is serious about it, so much so he plans to launch Pavlok via crowdfunding in fall, and sell to a willing public by early 2015.

Pavlok isn’t just about zapping you every time you skip the gym, there’s a social element. By teaming up with a partner, you’re forced to become more accountable to someone else, which Sethi’s research suggests will make achieving them more likely. Through an app or Facebook, your buddy can see if you did your bit. In a fitness scenario, this could be whether you clocked up 10,000 steps, had a GPS pin at the gym, or logged a jog with Runkeeper. Fail to complete one of those three, and your friend gets to push the buzz-button.

Why go to such extremes? There are a multitude of productivity apps to help form better habits. Whether it’s the getting-to-know-you approach of Breeze, the group hug of 43 Things or the fiscal incentive of Pact, getting things done has become an industry of its own. The problem? Gentle encouragement might work for some, but for others motivation apps themselves soon end up as perma-prostponed tasks on (yet another) todoist.

I myself have lost 30lbs just doing this in the last few months…
But is this just a gimmick? A product that plays on popular ideas about psychology. Dr. Sheri Jacobson, clinical director of Harley Therapy, London explains it’s a modern take on an existing theme. “This is an expensive spin on the idea of wearing an elastic band that you ping when you have thoughts or behaviour you want to change.” It’s a technique already in use by some coaches. “Negative reinforcement has been shown to create desired behaviour, but research has proven, at least with children, that positive reinforcement mostly works better” says Jacobson.

Pavlok uses positive reinforcement too (there’s a financial reward component in some challenges) and Sethi’s confident science is on his side — he cites research at Duke University that claims 40 percent of our day is occupied by habits, rather than conscious decisions. All Sethi needed was a 3D printer, a Bluetooth LE chip and (we presume) a battery to test his habit-forming theory (and wearable) on himself. He extended that to a beta group on Facebook and participants have been working with each other ever since.

Jacobson reminds us Pavlok could suffer the same challenge faced by apps and regular activity trackers — human cunning. “[wearers] tend to unconsciously sabotage using the band by ‘forgetting’ to put it on, until finally it sits languishing, unused despite best intentions.”

Sethi claims his best intentions are paying off though. “I myself have lost 30lbs just doing this in the last few months, simply forcing myself to go and swipe the card at the gym… and my friend can monitor my swiping the card at the gym.” The question is can he change your behavior? Specifically when it comes to backing Pavlock when it goes for crowdfunding in September? That’s the true test of commitment.

Update: Since publishing this article Manish at Pavlok has advised that the $250 price refers to early short-run prototypes, and that production models will be cheaper. 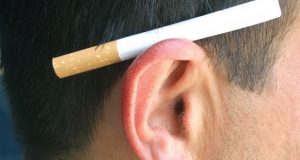