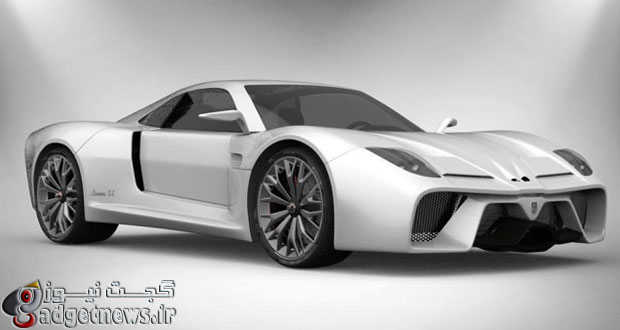 Tecnicar’s Lavinia hopes to be the first successful electric supercar

Tecnicar’s Lavinia hopes to be the first successful electric supercar

It seems like every other week a new supercar rolls out of the woodwork, but this one is a bit different.

As the home of Ferrari, Lamborghini, and Pagani, Italy is essentially the home of the supercar. Yet it’s never produced one powered entirely by electricity.

No one has, actually, but the Tecnicar Lavinia hopes to buck that trend.

Looking a bit like a Ferrari Enzo with a flattened nose, the Lavinia boasts an 800-horsepower electric powertrain. Tecnicar estimates a 0 to 62 mph time of 3.5 seconds (in other words, 0.3 second slower than the Tesla Model S P85D) and a top speed of 186 mph.

Tecnicar did not disclose any details about the battery pack, but it does claim that the Lavinia will have a range of 180 miles per charge.

Development work is currently underway at Tecnicar’s headquarters in Syracuse, on the island of Sicily. The company hopes to have a prototype ready for the Top Marques show in Monaco next April.

Don’t be surprised if the Lavinia doesn’t make it, though.

Only a small percentage of startup supercar builders succeed, and even established carmakers like Audi and Mercedes-Benz have had trouble either engineering electric supercars, or making a business case for putting them on sale.

The Audi R8 e-tron has been called off more times than a Congressional vote on tax reform, while the Mercedes SLS AMG Electric Drive was never put on sale because of an anticipated sky-high price.
Read more: http://www.digitaltrends.com/cars/tecnicar-lavinia-italys-first-electric-supercar/#ixzz3GBLuutHl
Follow us: @digitaltrends on Twitter | digitaltrendsftw on Facebook