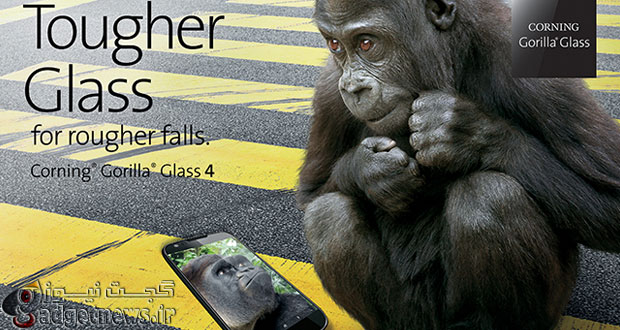 It’s unlikely we’ll see a truly impervious smartphone screen anytime soon, but Corning says it’s getting us closer. Today the company is announcing Gorilla Glass 4, the latest revision of its signature cover glass. Gorilla Glass has already been embraced by nearly every major electronics maker in the industry; Samsung, LG, HTC, Motorola, and Microsoft all use it on their smartphones and tablets. If you buy any flagship device today, odds are its display is protected by Gorilla Glass. Every year, Corning tells us it’s delivered a stronger, more durable glass designed to withstand the abuse we often put our gadgets through. Last year, Gorilla Glass 3 and its “native damage resistance” held up better against daily threats like sharing a pocket with car keys. But as people discover every day, Gorilla Glass 3 screens can still break. With Gorilla Glass 4, Corning is trying to focus on threat number one: drops.

Designed to endure sudden meetings with pavement
Corning says its scientists examined hundreds of broken devices and shattered screens during the development of Gorilla Glass 4. What they found won’t come as any surprise to consumers: smartphones break most often when their screens make hard contact with rough surfaces like concrete. If you’ve ever heard the awful sound of glass meeting asphalt, you can probably vouch for their research. Phones frequently survive lesser falls unscathed, but outside terrain is an entirely different story.

So Corning’s scientists went on to create new drop tests that used 180-grit sandpaper to simulate rough surfaces. They dropped Gorilla Glass 4 and other competitive glasses from a height of 1 meter (around 3.3 feet). Gorilla Glass 4 survived sharp drop impacts “up to” 80 percent of the time and showed “up to” two times improvement over Gorilla Glass 3 and other hardened, aluminosilicate glasses. Again, it’s not perfect — we’re still talking about glass here — but it’s an improvement that could make all the difference when your next phablet tumbles out of your hand.

“I won’t say we’ve wiped it out, but we’ve taken a real large chunk out of it,” said Cliff Hund, president of Corning East Asia, talking about the odds that such falls will ruin our pricy smartphone. Hund said “there are no downsides” to Gorilla Glass 4’s improved damage resistance and emphasized it allows for the same optical clarity as prior versions.

But what of sapphire? Hund admitted there are plus sides, but said Corning still thinks glass is the right choice for now. “When it comes to visible scratch resistance, sapphire is top of the line,” he said. But introduce even slight damage or stress, and sapphire “trails Gorilla by quite a bit” in durability from that point on. “When you line up all the things that consumers are interested in, the Gorilla exceeds in more of them than any other material at this point in time,” Hund said. And as Apple and GT Advanced have shown, producing sapphire in the quantities necessary to cover millions of devices is a daunting task.

Corning readily admits its work isn’t done. An 80 percent survival rate still isn’t completely satisfactory, and people will inevitably still pick up their fallen gadget to discover a shattered screen. There are other areas where the company aims to improve, too — like sunlight legibility and the production of curved/3D glass. But at the end of the day, next year’s phones will be slightly stronger than the one you’ve got now. Corning says it’s already shipping out Gorilla Glass 4 to partners and expects to see consumer devices using it within the quarter. 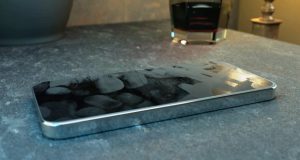 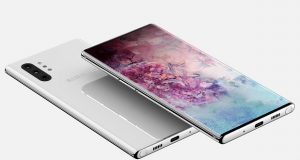 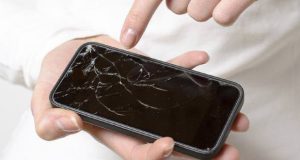