This new tablet improves on the Nexus 7 in some aspects and falls short in others.

On Thursday Asus launched its $149 answer to the Nexus 7 tablet, the MeMO Pad HD 7. As the name indicates, it's a 7-inch Android tablet similar to the one it created for Google last year. For the price, it hits Google where it hurts, improving in some areas that have been major complaints about the Nexus 7 since its 2012 debut.

And this is where the differences start. The new Asus tablet adds a microSD card slot for adding up to 32 GB of additional storage. This is ideal for pushing photos and video captured by the camera off the tablet's internal storage. This tablet also has a 5MP camera on the back so users can actually take pictures like they do on a smartphone.

The changes don't stop there. The new Asus tablet packs Bluetooth 4.0, whereas Google's Nexus 7 uses Bluetooth 3.0. Both solutions have a micro USB port, but there's no indication that the MeMO supports USB OTG like the Nexus 7, allowing users to attach a mouse, keyboard or external drives directly to the device. The new MeMo also comes in blue, white, pink, green and gray, whereas the Nexus 7 is offered in black only.

As for wireless connectivity, both sets of specs show support for Wireless N, but Google's Nexus 7 only supports the 2.4 GHz band – the MeMO specs don't specify if it supports single or dual-band (2.4 GHz, 5 GHz) connectivity. There's also no indication that the new MeMo tablet has NFS like Google's solution, but it provides a better battery: up to 10 hours compared to 8 hours on the Nexus 7.

For consumers looking for a great 7-inch Android tablet, the new MeMO Pad HD 7 seems to be the ticket. As shown above, there are a few differences between this model and the one it made for Google, but you can't beat the price for what's packed under the screen. Don't expect a "pure" Google experience though; that can only be found on the Nexus 7. 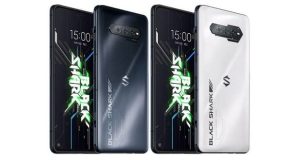 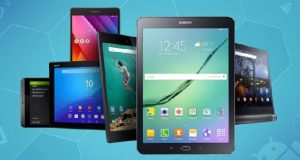 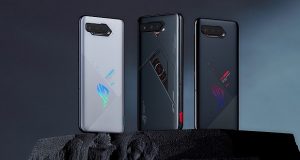