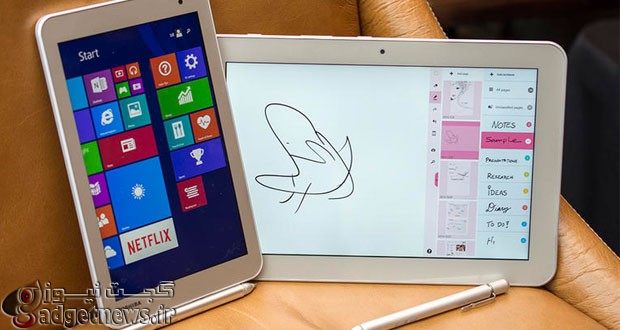 The devices take advantage of Intel’s latest processors that bring better performance, battery life, and lower costs. The Portégé Z20t Ultrabook is a 2-in-1 device that serves as a laptop or, if you detach the keyboard, a tablet with a precise digitizer pen. It has a battery life of 9.1 hours as a tablet and 17.5 hours of battery life with the keyboard dock.

It comes with a 12.5-inch diagonal full HD IPS display and an Intel Core M processor. The screen has anti-glare coating, and it’s fingerprint resistant. The screen is foldable and reversible, so you can set it up to stand upright for a presentation.

It has options for a ۱۲۸GB, 256GB or 512GB solid state drive, and it has up to 8GB of on-board LPDDR3 main memory. It connects via 802.11ac Wi-Fi and Bluetooth v4.0. The Wacom digitizer pen has 2,048 points of sensitivity for natural and more accurate pen-on-paper writing experience. It has minimal variation and friction, and it is designed for responsiveness. It also has an extra pen in case you lose one.

“It feels good and has a lot of sensitivity,” said Cindy Zwerling, director of product and channel marketing in the business solutions division at Toshiba, in an interview.

I tried it out in a demo, and it actually does feel like you’re writing on paper. The machine is aimed at people in education, pharmaceutics, and other professional industries where taking quick notes is a must.

The device has a Micro HDMI port, Micro USB port, and microSD slot in tablet mode. The keyboard adds full-size RGB, HDMI, Gigabit Ethernet, and two USB 3.0 ports. The tablet weighs 1.6 pounds and the whole laptop weighs 3.3 pounds. It has no fan but does have front and rear-facing cameras. It will be available in January for $1,400.

Meanwhile, the Windows 8.1 Encore 2 Write tablets are available with 10.1-inch and 8-inch HD touchscreen displays. The devices have the Toshiba TruPen with Wacom Feel pen technology for the same paper-like feel as the Ultrabook. The device has a one-year subscription to Office 365 Personal, and it runs on an Intel Atom processor. It has 64GB of internal storage and 2GB of main memory.

It also has some exclusive apps such as TruNote, TruCapture, and TruRecorder, which make clever use of the camera and sound-recording capabilities. The TruNote app lets you take notes during lectures or meetings, make markups on photos and graphics, and draw, doodle, or paint. You can write something and then turn that text into a web search with a tap. You can also paste the text into a Powerpoint slide.

The TruCapture app uses the tablet’s built-in high-resolution 8-megapixel camera to capture notes from textbooks, blackboards, whiteboards, and chalkboards. You can automatically straighten, sharpen, and brighten the text for greater readability and import it into TruNote. You can take a picture of a presentation on a big screen, and TruCapture will straighten the view and take out the glare for you.

Perhaps the coolest app is TruRecorder, which introduces audio archiving. It lets you record meetings, lectures, and conversations and revisit them later, said Tong Choi, product manager for digital products at Toshiba, in an interview. In a multi-party conversation, it will show you a grid of who spoke, with each person’s voice color-coded. If you want to listen to one person, you can easily fast-forward to that person’s comments. You can label your own voice and review what you said. And you can export that data as an MP3 file. The apps will be available on the Microsoft Store in the future. 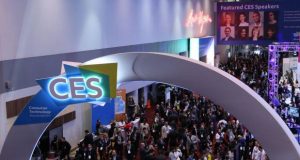 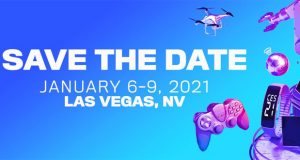 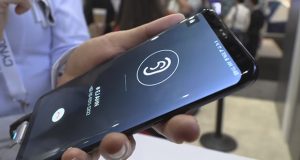