The Kindle Fire tablets have always served primarily as portals to Amazon's massive trove of content. But this year, as the company introduces the new Kindle Fire HDX, Amazon tablets are on the precipice of becoming something much more powerful, and much more useful besides. Amazon's ready to compete on specs, on content, and on price — and it makes a compelling case in every respect.

The HDX is actually two tablets: a 7-inch model and an 8.9-inch version, just like the Kindle Fire HD before it. Both are still relatively inconspicuously designed, with virtually no flair — they're just black. Both models feel solid and well made when you’re holding them. The company has made a big deal about the reduction in size and weight, and there is some noticeable fat trimmed, particularly on the 8.9-inch model. As before Amazon is using a soft-touch material around the backs of the tablets, but it’s dotting the edges of that surface with angular, raised plastic edges that jut out at surprisingly funky angles.

Interestingly, the company’s hardware designers have decided to move the power and volume buttons around the back of the device. You’ll find yourself hunting around a little bit to get a grip on the new arrangement, but once you figure out the location of the clicky, circular targets, it makes some sense.

Most of the specs are the same across both sizes, and Amazon likes to speak in multitples about them all. It has three times the performance, it says, thanks to a top-notch 2.2GHz Snapdragon 800 processor. It has double the memory, too, up to 2GB, and the Adreno 330 GPU gives it four times the graphics power. And even with all that horsepower, the HDX promises 11 hours of battery life — 17 hours if you're just reading.

The new tablets do seem incredibly fast — with almost no hesitation opening apps, switching views, or playing high-test games. A couple of laps in Asphalt 8 will leave you convinced that the console and mobile gaming spaces are increasingly bumping up against one another.

The two devices really are just different sizes of the same thing, and that goes for the display as well. The 7-inch model has a 1920 x 1200 display, the same resolution as last year's larger Fire HD model, and the 8.9-inch HDX comes with a 2560 x 1600 screen; they're virtually identical in terms of pixel density, and both look fairly incredible. Amazon is quite proud not only of the quality of the displays but of the technology it’s using to improve a viewer’s experience.

One of those updates comes in the form of dynamic, sensor-based contrast adjustment. That means that in particularly bright settings, the HDX models will crank up the dark spots of the screens for increased visibility. A flashlight demo from an Amazon executive was convincing enough — areas of a high resolution image that were practically swallowed up by bright light became immediately visible thanks to the contrast fluctuation.
" Img_3296
Amazon tablets are still for amazon things"

HDX is a remarkably powerful tablet duo, but as ever it's Amazon's software (a forked version of Android 4.2) that powers the device. There's a new version of Fire OS, 3.0, called "Mojito," coming out alongside the Fire HDX, which brings a lot of both Amazon-specific features and things any tablet user would need.

First and foremost, the carousel is no longer mandatory — there’s a grid view for all your content if spinning a wheel isn’t your thing. The email, calendar, and document-editing apps are hugely improved, and they're far more usable than ever. If you’ve been holding off on a Fire because of a bad Gmail experience, this could change things for you. Amazon has added desperately needed features like threaded messaging support and label management to its email repertoire. There's a lot more enterprise support for the business user, new tools for visually impaired users, and more.

But Amazon's tablets are for doing Amazon things, and there are plenty more to do with the HDX. Of course, there’s access to Amazon’s huge list of Kindle content, from books to movies to the small-but-growing Amazon Appstore. Most of that is available to any Kindle Fire owner, but there’s one new perk here: you can now download Prime Instant Videos and watch them offline, which essentially gives HDX owners the biggest DVD collection on the planet. (New Fire HDX models come with a month of Prime, for the uninitiated.)

X-Ray is otherwise the dominant new feature here. X-Ray for music adds auto-scrolling lyrics to the song you’re listening to, and will even identify the song that’s playing in the show or movie you’re watching. It’ll give you trivia for whatever you’re watching, backstories for the characters, and all the other information Amazon-owned IMDb can provide.

If it all sounds a little like the Xbox SmartGlass second-screen companion, you’re not far off. Amazon’s built essentially the same service, down to the second-screen piece: if you have a PlayStation 3 (or 4, soon) or a Samsung TV, you can send TV and movies straight from your tablet to your TV and then see added information or playback controls on the tablet itself. If you can get Miracast working on your TV there’s a mirroring feature as well. It’s all done through the Second Screen app — good app, but the name needs work.

There’s plenty of under-the-hood enhancement in Mojito as well. Reading Mode powers down most of the OS when all you’re doing is turning pages (that’s how you get 17 hours of battery), and there’s a Quiet Time switch for when you don’t want your notifications luring you away from your book. The OS can even now redirect all its attention to whatever you’re doing, in an attempt to make page-turning or swiping faster and more responsive.

Amazon’s most innovative (and maybe most controversial) feature is probably Mayday, the virtual genius bar the company has enabled for HDX owners. If you’re having a problem, just tap the Mayday button in your settings, and within 15 seconds an actual human will appear on your screen, with full control of your device. They can walk you through how to do something, or figure out what’s broken. And they don’t have to explain to you what the button looks like, they can just draw you diagrams or show you themselves. Right on your screen.

Whether you’re in the market for an 8.9-inch or 7-inch tablet, the Kindle Fire HDX is a hard device to beat. Not just for the screen resolution or the high-end processor, either: at $229 for the smaller model or $379 for the larger, the HDX is among the cheapest tablets on the market that we’d even consider recommending at those screen sizes. Even the LTE models, at $329 and $479 respectively and available for Verizon and AT&T, are as cheap as you’ll find for their kind. (And they’re not even the cheapest of Amazon’s new tablets.)

If Amazon can deliver on all its promises with its core apps, from email to the updated Silk browser, and can make the HDX into both the best vessel for Amazon content and something more besides, these two tablets are going to be hard to beat. And Mayday’s going to have a lot of customers this fall. 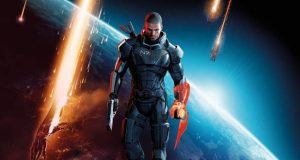