How long do hard drives actually live for?

For more than 30 years, the realm of computing has been intrinsically linked to the humble hard drive. It has been a complex and sometimes torturous relationship, but there’s no denying the huge role that hard drives have played in the growth and popularization of PCs, and more recently in the rapid expansion of online and cloud storage. Given our exceedingly heavy reliance on hard drives, it’s very, very weird that one piece of vital information still eludes us: How long does a hard drive last?

Now, before you all rush to the comments section to tell me how long your hard drives have lasted, I’m not talking anecdotally. I mean, in hard numbers, just how long does the average hard drive last? One year? Three? Five? Because the standard warranty is now only 12 months, do hard drives die sooner? If I slot a new hard drive in today, how long can I expect it to last?

Surprisingly, despite hard drives underpinning almost every aspect of modern computing (until smartphones), no one has ever carried out a study on the longevity of hard drives — or at least, no one has ever published results from such a study. Until now. Backblaze, an unlimited online backup company that keeps 25,000 hard drives spinning at all time, has published its results on hard drive lifespan — and it makes for very interesting reading indeed.
How long does a hard drive last?

Extrapolating from these figures, just under 80% of all hard drives will survive to their fourth anniversary. Backblaze doesn’t have figures beyond that, but its distinguished engineer, Brian Beach, speculates that the failure rate will probably stick to around 12% per year. This means that 50% of hard drives will survive until their sixth birthday.
Hard drive failure matches the bathtub curve

There are three distinct failure phases — and, correspondingly, three distinct ways in which hard drives die. Failures in the first year are primarily caused by manufacturing defects. This describes the lemon effect — where, despite most of your drive live for years, some just die after a few months. Between 18 and 36 months, drive deaths are caused by random failures — small, random issues that only occur if you’re unlucky. Then, as the drive moves into its fourth year, failure rates skyrocket as drives start to wear out — the various components can only rotate, gyrate, and actuate so many times before something goes sprronngggg.

It’s worth noting that Backblaze uses normal, consumer-level drives — the kind of drives with 12- or 36-month warranties. Considering around 97.5% of these drives are still alive after one year, and about 90% are alive after three years, these warranties are probably spot-on.
Hard drive failure rate, by quarter, for the first four years

In the case of enterprise-class hard drives with five-year warranties, they are probably manufactured to higher tolerances and subjected to more stringent quality assurance testing. We’re only guessing here, but enterprise-class drives probably don’t have the same year-one infant mortality rate, but still die off fairly quickly once their moving parts start to wear out (4+ years).
In conclusion… back up your data!

So, there you have it: If you buy a hard drive today, there’s a 90% chance that it will survive for three years. If your drive makes it to the three-year point, you would be wise to back up your data, as there’s a 12% chance per year that your drive will die. It’s worth noting that these figures are for internal hard drives: External hard drives, for a large number of factors, may not last as long (though if you only plug it in every few days to back your data up, it might last longer). It’s also worth mentioning that Backblaze’s drives are spinning constantly — these failure rates are for drives that are turned on 24/7. Your home computer probably isn’t powered up 24/7, and thus the drives may last longer.

Because there’s a 5.1% chance that your drive will die in its first year, you should either back up your data regularly — or, if you’re feeling dangerous, not keep any valuable data on that drive until it’s worked out any kinks and survived to the 18-month mark. After 36 months, though, you should definitely back up your data, or copy the data to a new hard drive. (Backblaze, at $5/month for unlimited backup space, is a remarkably good deal.)

Backblaze says it will continue to update its data as the years go by, so that we can see if the failure rate indeed stays the same after the four-year mark. Of course, the other statistic we’re interested in is the failure rate of solid-state drives — but I imagine it’ll still be a few years until one company has enough SSDs to give us a good idea of the failure rate of NAND flash. 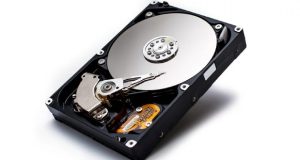 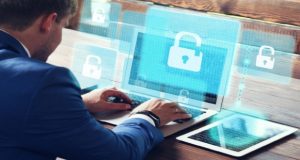 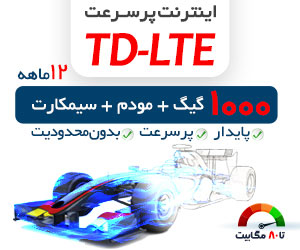