A couple of months ago, Facebook announced it was acquiring WhatsApp for $19 billion in cash and stock options. Today, WhatsApp co-founder Jan Koum wrote a blog post saying that the service now has 500 million active users. These users are sharing 700 million photos and 100 million videos every single day. The app’s fastest growing markets are Brazil, India, Mexico and Russia.

WhatsApp was founded in February 2009 by Jan Koum and Brian Acton. Koum named the company WhatsApp because it sounded like “what’s up.” At the early stages, Koum and Acton burned through a lot of savings and the app kept on crashing. Koum almost decided to quit working on WhatsApp, but Acton persuaded him to keep working on it for a few more months.
AAPL -0.37% launched push notifications for the iPhone, which allowed developers to ping users even if they were not using an app. WhatsApp was able to use push notifications to keep users engaged and encourage more people to join. By February 2013, WhatsApp hit 200 million active users. Facebook acquired WhatsApp around a year later when it hit 450 million users.

Facebook received approval from the Federal Trade Commission to acquire WhatsApp earlier this month. However, it will need to receive international regulatory approval to close the deal. After the acquisition closes, WhatsApp will remain autonomous and operate independently.

Since Facebook generates a majority of its revenue from advertising, WhatsApp users became concerned about their privacy. Koum strongly opposes the idea of placing advertisements in WhatsApp because it would “interrupt communication.” As a result, WhatsApp will likely stick to a subscription-based model rather than an advertising model.

“There would have been no partnership between our two companies if we had to compromise on the core principles that will always define our company, our vision and our product,” said Koum in a blog post when WhatsApp was acquired.

Facebook acquired WhatsApp as part of a mission to connect the developing world and reach billions of people. WhatsApp costs only $1 per year, making it a cheaper option for sending messages compared to SMS for people in developing countries.

In the acquisition announcement, Facebook CEO Mark Zuckerberg said WhatsApp was on track to reaching a billion users. And they are already halfway there.

Are you a WhatsApp user? What do you like/dislike about the app? Let us know in the comments below. 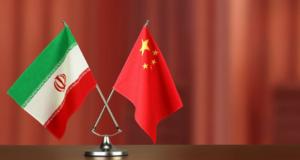