Your iPhone could soon become the key to your smart home. Apple is apparently preparing to step into home automation in a big way, unveiling software that will allow an iPhone to control home lighting, security systems, and other appliances at its Worldwide Developer Conference on June 2nd, according to the Financial Times. Apple will reportedly allow other companies to make products specifically designed for the iPhone's smart home features, with certain privacy limitations and quality checks being required for all of those products, much like those in its existing Made for iPhone program. It's unclear exactly how the automation functionality would be accessed, but the FT reports that a home's lights, for instance, may be able to automatically turn on when someone carrying a paired iPhone walks in the door.

"Lights could automatically switch on when you return home"The FT doesn't say exactly how the iPhone will enable all of these features, whether they'll be accessible on existing devices, or whether they'll only work on upcoming ones. It suggests that, as some analysts have predicted, the next iPhone could include NFC, which might be one method of enabling smart home features. Other options that would allow existing devices to access such features include Apple's iBeacon, which it and other retailers have been using across the last year to detect and ping iPhones when they come within their range, or Wi-Fi, though Wi-Fi hasn't been as commonly found across smart home products as you might imagine. Naturally, the FT notes that Apple can be capricious and what it'll show at WWDC next week is subject to change. It's expected to show iOS 8, which is believed to include a number of new apps and may also include these home automation features, as well as the next version of OS X, which is reported to feature a new design in the simple and colorful style of iOS 7.

Apple began expanding iOS into new places earlier this year with the release of CarPlay, its in-car dashboard, beginning a battle with Google and Microsoft in yet another location. Smart home features would again pit Apple on new turf against Google, which purchased Nest and its intelligent thermostat and smoke detector earlier this year, and companies like LG and Samsung, which actually sell home appliances like washers and refrigerators too and have been working to augment them with touchscreens and connectivity for several years now. So far there's been no one, simple way to control smart homes — it'll be a tall order for Apple to tidy that market up, but building controls into its widely used operating system would make for a good start. 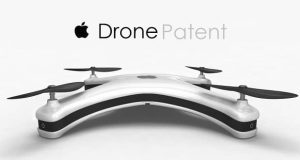