No Android 4.3 or 4.4 out of the box
Limited Data Connectivity
No 4G or LTE Support
Repeated or uninspired design

The CoolPad Grand 9970 is the new Flagship from CoolPad which features the New Penta Core (5) CPU from Nvidia coined Tegra 4 Processor that promises robust gaming performance and the new benchmark for mobile gaming.

In terms of hardware, other than the new Nvidia Chipset, the CoolPad 9970 features 2 GB RAM and 16 GB internal storage expandable up to 32 GB via Micro SD Support. Also features a Phablet size 5.9 inch IPS display and a 1080p Full High Definition Resolution Display with roughly about 373 ppi. Furthermore, the phone runs Android 4.2 Jellybean with CoolLife 5.0 customized Interface. Although 4.3 or 4.4 might have been better but future updates are available.

At the back is a 13 megapixel Camera with a wide angle F2.0 Aperture Lens with 1080p video recording at 30 fps. At front is a decent 2.0 megapixel shooter. Other notable features include NFC Support , Bluetooth 4.0 and Wifi 802 b/g/n.

In terms of connectivity, supports Dual sim with dual Standby and Dual Active modes. GSM and 3G support up to HSDPA+ speeds but only supports CDMA 800 Frequency which is disappointing. This means that CoolPad’s new flagship is limited in terms of Data Connectivity. Also worthy to mention that the phone lacks 4G or LTE Support.

Design and Battery, the phone has similar aesthetics and feel with Galaxy Phablets. The design has been used up again and again and now is becoming boring, also, the build or construction is mainly plastic. Underneath is a decent 3000mAh battery more than enough to power this gaming monster as well as last a full day of mixed usage.

Overall, the Coolpad Grand 9970 is a giant Phablet and is set to be the next mobile gaming device, powered by Nvidia’s newest Tegra 4 Processor, it promises new grounds in terms of performance and gaming capabilities. Although much of these is only on paper, and honestly, the Tegra 4 processor which came out the same time with the Snapdragon 800 CPU, hasn’t had coolpad 9970 4its time to shine. In the age of Octa Core processor, a 5 core CPU seems odd. Let’s just hope that the new Tegra 4 processor lives up to the hype and surpass that of last year. The Coolpad Grand 9970 will not amuse you in terms of looks and the limited data connectivity might be a big let down to some. But its redeeming aspect is the new Chipset that powers it all. The Coolpad Grand 9970 retails at $385. 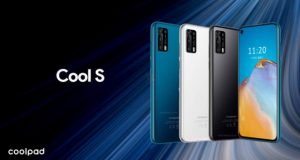 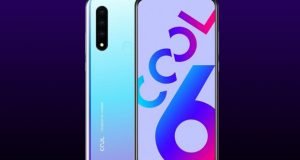 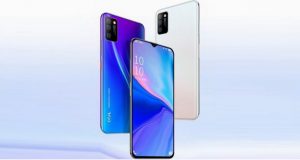