Google announced today that it’s acquiring the streaming-music service Songza for an undisclosed sum. Over the coming months it will be integrating the company’s smart playlist creation into Google Play Music and perhaps YouTube. Songza will remain an active and independent app for the time being. The purchase highlights the increasingly competitive landscape emerging around music, as Apple, Amazon, and Google all seek to differentiate their mobile products by offering top-notch streaming services.

When Beats Music launched in January of this year, it offered users the ability to build a playlist based on variables like their mood, location, and activity. Songza actually offered this kind of contextual playlist creation way back in 2010, when it was still web-only. The company launched its mobile app in 2011 and has since grown to serve 5.5 million active users. Sources familiar with the deal say that the purchase price for Songza, which had raised a total of just $6.7 million to date, was far less than what Apple paid for Beats. Earlier reports on the acquisition from the New York Post said Google was offering around $15 million, while The New York Times claims the deal is worth over $39 million.

Google’s music service already included a radio feature that generated a playlist based on a user’s taste and a song or album they selected as the starting point. It also has a very complex and computer-driven approach to figuring out what music to recommend, one that relies on dual-sided machine-learning technology and advanced machine listening to analyze not just people’s taste but the component parts of the songs themselves. Songza, by contrast, offers up simple hand-picked mixes like “Indie Music That’s Not Too Weird” and “Easy, Breezy, Summer Songs” that are created by real people and geared to match a person’s mood.

In that sense, Songza is closer to Pandora, which uses human musicologists to decide what songs go well together. Beats Music also has a team of editors hired from places like Pitchfork and XXL to create playlists for its users, and even Google’s machine learning gets a little help from an in-house record store geek. Across the board, what’s valuable is removing the effort of deciding what’s next when there are tens of millions of songs to choose from. “Every jukebox in the sky needs curation to be valuable,” says David Pakman, a tech investor and former digital music entrepreneur. “Google is admitting humans have a big role to play in that process.”

Of course, knowing Google, and what it’s trying to do with Google Now, down the road there could be other interesting uses for all the data Songza captures. 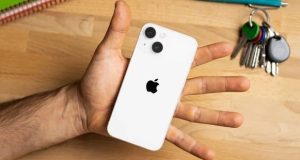 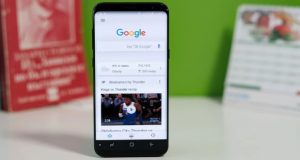