A high-tech, skin-tight shirt incorporates haptic feedback to let you feel the action when you play your favourite games.

First, there was the Oculus Rift augmented-reality (AR) goggles that let you see the games as though you were in them. Then came the omni-directional treadmill that lets you run around virtual environments while staying in one place.

Alas, the next big step in augmented-reality gaming was not a variation on the theme of Smell-O-Vision — but it's still pretty interesting. Called ARAIG — an abbreviation for "As Real As It Gets" — it's a shirt that provides multi-sensory feedback for video games.

It's equipped with a variety of technologies to let the wearer "feel" the game. Firstly, it's embedded with speakers that provide surround sound that keeps you right in the middle of the audio, no matter where you move around the room. Because the speakers are placed all around the neck of the shirt, these can also be used to provide audio cues about the environment — a rustling behind you, for example, might mean that a foe is sneaking up.

It also has multiplayer uses. A microphone jack allows you to communicate with team members just by talking — and when they reply, the sound will come from their virtual direction, so you know just from hearing them speak roughly where they are.

"For example, a high-powered sniper rifle might create a very strong impact at one location; a plasma rifle might create an average impact at a particular location and then spread out across the body; a weapon might have a poisonous effect, which slowly moves from one location of the body to the next, and if you don't stop it in time, it could kill you," the Kickstarter page said.

Then there's a system called STIMS, which can contract the wearer's pectoral and abdominal muscles (pain free and FDA approved, according to ARAIG). "STIMS can create everything from a tingling sensation as if something is crawling across the skin to a full-out contraction of the muscle to move your body."

Each ARAIG — available for a minimum pledge of US$325 — comes with a Decoder that receives data from the gaming device and translates it into data for the suit's responses; an Exoskeleton, which is the suit itself; and a Sim Skin that lets you customise the look of the Exoskeleton. Further, ARAIG is promising that the suit will be permanently forwards compatible; every future iteration of the Decoder will work with the Exoskeleton you purchase.

Sadly, with just over US$100,000 of its US$900,000 target and four days to go, it looks as though ARAIG isn't going to reach funding … this time. Maybe it should add some pants and see what happens.

Meanwhile, if you're after a full sensory gaming experience now, maybe IRL Shooter will be up your alley. 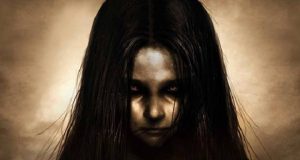 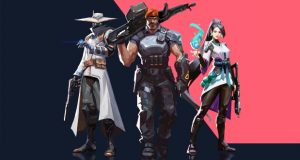 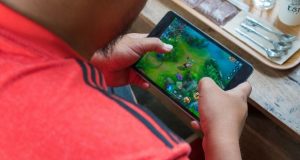