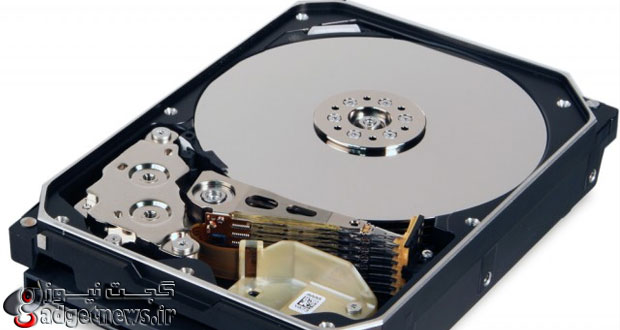 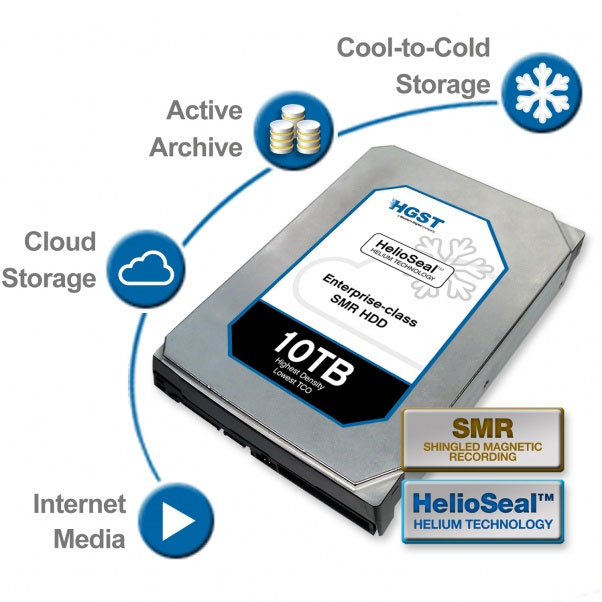 In what can only be described as the hard drive equivalent of Game of Thrones, Western Digital’s HGST has announced the world’s first 10-terabyte hard drive: the helium-filled Ultrastar He10. This comes just a few weeks after Seagate announced initial availability of its 8TB air-filled hard drive, which at the time was the largest hard drive in the world. There’s no word on pricing yet but Western Digital says, somewhat unbelievably, that the 10TB drive will have the lowest cost-per-gigabyte and power consumption-per-gigabyte of any drive on the market.

In a bumper press release, WD’s HGST subsidiary announced a bunch of new products and initiatives — but here are the three top headlines that stood out: a) HGST is sampling a helium-filled 10TB hard drive, b) there’s also an 8TB helium-filled drive that will come to market a bit earlier than the 10TB unit, and c) WD now has a standard air-filled 6TB hard drive (the Ultrastar 7K6000). Let’s take these in order.
Western Digital’s new 10TB hard drive uses the same HelioSeal technology that debuted with WD’s first 6TB hard drive in November 2013. HelioSeal essentially means that helium is hermetically sealed inside the drive — it can never get out, and air (and other contaminants) can never get in. In short, a helium atmosphere provides a lot less resistance than normal air, allowing for more platters (up to eight, I believe) while still using less power. Western Digital’s own figures put the power consumption of helium-filled drives at 23% less than its own conventional air-filled drives. Multiplied out over the thousands of drives that you might have in a data center, and you’re talking big energy savings.

Curiously, HGST’s 10TB drive uses shingled magnetic recording (SMR) to increase areal density, while the 8TB drive uses standard perpendicular magnetic recording (PMR). HGST says the performance of SMR isn’t yet up to that of PMR, so the drive is being marketed for cloud and cold storage, where access and read/write speeds aren’t as important. This video from Seagate explains SMR rather nicely:
While the 10TB drive is being sampled (meaning it won’t be on the market for a few months yet), WD also has a helium-filled 8TB Ultrastar He8 drive that’s being “qualified by Netflix, Promise, and “other top OEMs and cloud customers around the world.” The He8 uses seven big platters (1.2 terabytes each I think), but is otherwise no different from the earlier He6 6TB or upcoming He10 10TB models. This is presumably the drive that WD is pitching against Seagate’s own 8TB drive, which went into qualification back in July.
Finally, WD is now shipping a standard air-filled 6TB drive, the Ultrastar 7K6000. This drive is mostly significant because it has just five platters, each clocking in at 1.2TB. This makes Western Digital the “areal density leader” apparently, implying that Seagate hasn’t yet discovered the secret sauce to shipping drives with 1.2TB platters.

Price-wise, we sadly don’t have much to go on. The air-filled Ultrastar 7K6000 should start popping up online today, priced at around $400. The original helium-filled 6TB Ultrastar He6 seems to now be down to around $500. There’s no price on the 8TB Ultrastar He8, but I’m sure it’ll be upwards of $1,000 when it starts shipping in commercial quantities. Your guess is as good as mine on HGST’s 10TB drive, but it won’t be cheap (and thus I have no idea how the company can claim to have the lowest cost-per-gigabyte). 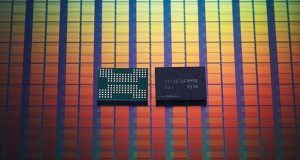 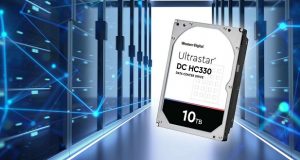 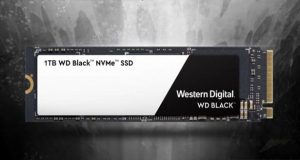