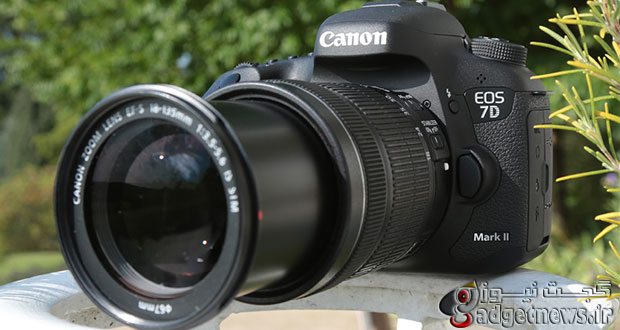 The wait is over. Canon’s long-anticipated EOS 7D Mark II is here, shipping in November for $1,799, without a lens. With a price tag that high, you’d think it’d be safe to assume that the company’s consumer flagship sports a full-frame sensor. It does not. It does, however, represent an enormous step up from the original model — the Mark II includes just about every feature a pro photographer (and video shooter) could hope for, excluding a 35mm sensor, of course, and integrated WiFi. Instead, there’s a 20.2-megapixel APS-C CMOS sensor, which, despite a similar spec, is an improvement over what you’ll get with the 70D. You can also take advantage of a new 51,200 top ISO and a 10 fps continuous shooting mode (at full resolution, of course), powered by the dual DIGIC 6 processors.

You can capture up to 4 frames per second in silent mode, which, although not completely silent, is certainly the best option for shooting performances and other events where a clanging shutter wouldn’t be appropriate. The 7D Mark II now includes 65 autofocus points, compared to just 19 on the original model. There’s a dedicated AF lever for jumping between modes, and when you’re shooting video, Canon reps liken the focusing performance to what you’d experience with a camcorder. You can also adjust the speed at which the camera will focus and track subjects while you’re capturing video, with five levels to choose from. You can capture MP4 or MOV clips at up to 1080/60p to a CF or SD card, or output uncompressed footage (with audio) through the HDMI port. Speaking of ports, there are plenty to choose from, including USB 3.0, a mic input and headphone output, a PC socket for strobes and a wired remote connector.

The camera has a magnesium alloy construction, so even though you’ll want to avoid it, the body should survive a tumble or two (though there may be a different outcome for the lens). The new 7D is even four times more dust and weather resistant than the original model — reps say you shouldn’t have any problem shooting in moderate rain, assuming you’re using a weather-resistant L lens. There’s a new, slightly higher capacity battery on board (the LP-E6N), though the camera will work with older packs too. You will need to buy a new BG-E16 grip, however. Finally, the shutter, previously rated for 150,000 shots, can now handle more than 200,000 without repair. The 7D Mark II is expected in stores this November for $1,799 body only, or $2,149 when bundled with an 18-135mm f/3.5-5.6 IS STM lens. 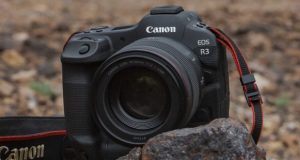 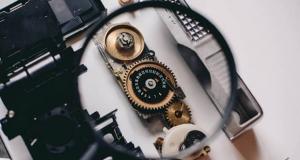