6.4" Sony Xperia Z Ultra unveiled – thinnest, fastest waterproof phablet comes with pencil input
We waited, catching a whiff of a rumored Togari phablet from Sony as early as back in January, wondering how it will hold up against an eventual Galaxy Note 3, if both came with a stylus. The wait is finally over, and Sony's first phablet, called indeed the Xperia Z Ultra, checkmarks every little detail rumored about it, and then some.
It marks two very important firsts in the mobile world – it is the first phone with the scorching quad-core Snapdragon 800 processor, clocked at the breathtaking 2.2 GHz here, and the phone with the largest screen so far, clocking in at the hearty 6.44 inches. The panel sports Sony's new Triluminous display technology, taken from Sony's fresh TV portfolio, and is naturally sporting a 1080p Full HD resolution.
The rest of the specs are top-notch as well – 2 GB of RAM, 16 GB of storage, and thankfully a microSD slot for memory expansion. Qualcomm's Snapdragon 800 naturally sports a built-in 4G LTE radio, but it is also capable of HD voice quality, if your carrier network supports the service. The camera on the back is an 8 MP Exmor RS sensor, with all the usual bells and whistles like HDR video capabilities.
Sony didn't stop here, though – it made the world's thinnest Full HD phone, at mere 6.5mm, and, despite the tempered glass chassis OmniBalance build, graced it with superior waterproof functionality, complying with the IP58 standard. That is chillaxing in 5 feet of water, up to thirty minutes, and escaping unscathed, and a remarkable achievement for such a thin device. Granted, at 212 grams it is not the lightest out there, but considering the huge display panel, the metal side frame around it and the phone's glass shell, it is worthy of praise in this department as well.
The Japanese have not only made the thinnest watertight phone with the largest screen and fastest processor with the Xperia Z Ultra, but it also wanted to diversify its phablet functionalities beyond what is possible with Samsung's Note family, for instance. As such, they have employed a technology that allows you to write on the screen with any regular pen or pencil whose tip is more than 1mm in diameter, besides gracing it with stylus input functionality. Or, as Sony put it in the ongoing press event in Shanghai:
Maybe you don't want to just type. Maybe you want to make a sketch? Or take notes? With Xperia Z Ultra you don’t even need a stylus. Pick up any pencil or pen with conductive tip and you can start writing or drawing. And you can write during calls, so you’ll always be ready capture your thoughts as they happen. Note taking and sharing has never been easier.
Android 4.2.2 with Xperia UI coating is running the show, all backed up by a 3000 mAh battery, allowing the world's longest audio playback at 120 uninterrupted hours and talk time is top-notch as well, cited at 14 hours. Of course, with this display panel diagonal video playback endurance is on the average side at 5.5 hours.
The phone also comes with a bunch of innovative accessories, like the SBH52 dynamic Smart Bluetooth Handset with one-touch hands-free call handling. Its OLED display allows you to browse your call log, view text messages, and see who’s calling, so most of the time the huge phone can stay in your pocket or purse. It is also a stereo music headset, and has a built-in standalone FM radio with RDS. Pairing is done simply by touching it to the Xperia Z Ultra or any NFC-laden phone. The SBH52 has a splash-proof minimalistic design, so you can use it even when raining.
The other cool accessory if the Magnetic Charging Dock DK30, which sports a magnetic pin that allows you to slip the Xperia Z Ultra in the cradle quickly with one hand. When charging, the phone still stands at a viewing angle suitable for watching movies on the big display, for instance.
The Sony Xperia Z Ultra will launch globally starting Q3 2013, which means next month in certain markets, but for exact pricing and availability by market we'll have to wait for the scheduled rollout. The world's largest phone will be available in white, black and purple for every taste. What do you think, will the rumored Note 3 have a real competitor now? 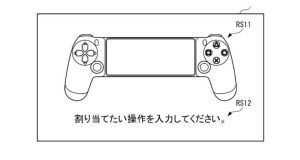 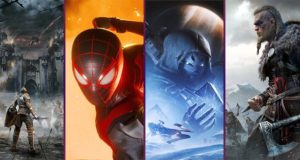 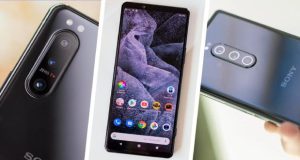