7. Get Your Business Online Google's Ngram Viewer lets you search keywords in millions of books over the span of half a millennium, a useful tool for finding trends over time. For power users, the Ngram Viewer also has advanced options, such as searching for particular keywords as specific parts of speech or combining keywords. Just in case you ever wanted to see how big cocaine was in Victorian times, now you can.

A part of Google Trends, Google Correlate allows you to look at search trends over time. For example, input "soup" and you'll see a clear increase in searches during the winter months. The more fascinating part of Google Correlate is the Search by Drawing function. Draw a fun graph and Correlate will give you search keywords that best match your graph creation.

Look at trends in hot searches with Google Trends. Browse by date, or look at top searches in different categories with the new Top Charts function. Finally, with the Explore function, input a search term and see how it trended over time and location. You can also now view popular searches in a colorful fullscreen format.

Home to an abundance of resources, Google Think Insights is a useful tool for entrepreneurs and industry professionals. There are case studies, new findings and tips on how to grow your business, as well as showcases of exemplary projects. Finally, there are also tools for maximizing your site analytics and ad campaigns. A particularly useful collection is how to "Make Your Website Work Across Different Platforms."

Search through databases from around the world, including the World Bank, OECD, Eurostat and the U.S. Census Bureau. After you find what you want, filter through categories to make graphs with the axes you want. Google's Public Data Explorer then displays the data in a line graph, bar graph, scatterplot or on a map.

A useful calculator for businesses, Google's Full Value of Mobile will calculate just how much having a mobile site is worth. The tool will help you analyze how customers interact with the various aspects of your business, from mobile sites to calls to cross-device ability.

Screenshot courtesy of Full Value of Mobile.
Get-your-business-online
7. Get Your Business Online

Get Your Business Online is Google's initiative to get more local businesses on the web, in an effort to boost the local economy as well as help small businesses grow. The initiative also encourages people to get other businesses online, with an end goal of reaching every local business in America. There are also listings for events and lessons. The free service also includes hosting for one year.

Screenshot courtesy of Get Your Business Online.

Schemer is like a combination to-do list and social event planning app. Connect via your Google+ account, enter your preferences, and Schemer will offer some things to do around your area. A great tool for travelers who want to make the most out of a visit, as well as for locals who want to find something to do on an otherwise boring day. You can also collaborate with the friends in your Google+ Circles and see who wants to do the same things as you.

Google Fonts offers open source web fonts for all to use privately or commercially. As of now, there are 629 font families available. Filter fonts by thickness, slant, width and script.

Google Developers houses a plethora of resources that developers can use, tools such as internationalizing different websites and live presentations of tutorials. Developers can also join groups in a local area for meetups and collaboration.

Dart is a programming language developed by Google in hopes of eventually replacing JavaScript as the language of modern web apps. Dart was released in 2011 and is still in its development stages. With a goal to make coding and collaboration simpler, Dart was designed to be simple enough that even beginning developers could learn from it.

Launched earlier this year, Google Keep app connects to your Google Drive. Sync-able across all your devices, Google Keep allows you to keep notes, voice memos, pictures and checklists in order. The easy-to-use interface is a simple app for those looking to do basic note-keeping on-the-go.
Video: YouTube, GoogleMobile
Google-sky
14. Google Sky

Now that you've written your eulogies for Google Reader, it's a good time to remember that Google has an abundance of other resources that may not be as popular but still deserve a spotlight.

We rounded up some lesser-known Google tools and applications that could help you cope with the loss of Reader and rekindle your love for Google. 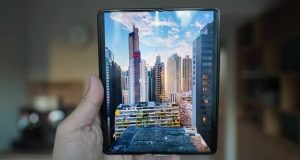 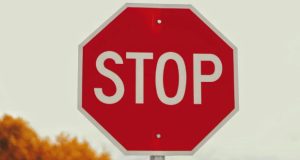