It's a confusing time to be buying a Windows 8 tablet. Should you go for a combined laptop and tablet – a so-called hybrid – or a 'proper' tablet? What about Windows RT? We answer these and more questions in our in-depth Windows 8 tablet buying advice, then review the best Windows 8 tablets.

Bill Gates recently gave an interview where he suggested that the millions of people who are buying iPads and Android tablets are frustrated because “they can't type, they can't create documents, they don't have Microsoft Office".

He then stated that Windows 8 and devices such as Microsoft's own Surface Pro tablet were the solution to that problem, because “you've got the portability of a tablet, and the richness of a PC in terms of the keyboard and Microsoft Office".

Of course, it's nonsense to suggest that you can't type or create documents on an iPad or Android tablet. Apple has its iWork suite of productivity apps for the iPad (Pages, Numbers and Keynote) which are compatible with MS Office file formats.

Plus, there are third-party apps, such as QuickOffice, which is available for both Apple and Android tablets which can read and save in Office formats.

Typing isn't an issue either, as there are plenty of wired and wireless Bluetooth keyboards available for most types of tablet.

But Bill does have a point about Microsoft Office. QuickOffice may allow you to open and edit Microsoft Office documents, but you still have to learn how the new app works, and transferring files back and forth between your tablet and your main PC can be a fiddly process. There are many people – particularly business users – who might feel more comfortable with a tablet that can run the Microsoft Office that they're already familiar with and give them instant access to their important work files.

However, the former CEO of Microsoft's argument is undermined by the fact that the lack of Microsoft Office hasn't prevented the iPad selling like hotcakes. That's partly because most people primarily use their iPads and other tablets for entertainment – browsing the web, reading eBooks, or playing Angry Birds – rather than doing serious office work.

That's where the ‘modern' touch-based interface of Windows 8 comes in, as even Microsoft's harshest critics have conceded that the new touch-oriented Start screen is well-suited for apps and games.

That's Microsoft's big message for Windows tablets – that they offer you the best of both worlds by combining modern touch-driven apps with the familiarity of Microsoft Office and other traditional Windows software.

It's taken a while but it now looks like that message is starting to get through, as recent sales figures show that Microsoft's Surface tablet has pushed it into fifth place in the tablet market. That's still a long way behind the likes of Apple and Samsung, of course, but don't forget that there are plenty of other PC manufacturers who are producing their own Windows tablets that will further add to the overall market share for Windows 8 and RT.

We've included reviews of some of the best Windows tablets that are currently on offer, but before you can decide which one is right for you there's one big question that we need deal with first.
Windows 8 tablets buying advice: Windows 8 vs Windows RT

This is where things get confusing. If you're looking for a Windows tablet then the first thing you need to do is to decide whether you want one that runs Windows 8 or Windows RT.

Windows 8, like all previous versions of Windows, is designed specifically to run on the Intel processors that are used in most desktop and laptop PCs. The advantage of this is that a Windows 8 tablet works just like an ordinary PC and can run any of the thousands of existing Windows programs that are already available. If you've already got a copy of Microsoft Office then this will run quite happily on a Windows 8 tablet, along with other Windows programs such as Photoshop Elements, Windows Movie Maker and, of course, hundreds and hundreds of Windows games.

That's a huge advantage, especially for business users who need compatibility with MS Office and other Windows software that they use at work. Apple has never been a big player in the corporate market, but there are already several Windows 8 tablets that are specifically aimed at business users, such as Lenovo's extremely thin and light ThinkPad Tablet 2, and Dell's Dell Latitude 10.

The disadvantage with Windows 8 is that you need fairly powerful hardware to run it, and the prices for these tablets tend to start at around £500 compared to £400 for the latest iPad, £270 for the iPad mini, and as little as £99 for some of the cheap and cheerful Android tablets. More expensive models, such as HP's HP Envy x2 with its detachable keyboard/battery can set you back £800 or more.

Windows RT, in contrast, is designed to run on the more power-efficient ARM processors that are widely used in tablets and smartphones. It may look just like Windows 8 – and it even allows you to view the traditional Windows desktop so that you can organise files and folders just as you've always done – but it's a completely different operating system underneath.

In some ways that's a good thing, as ditching some of the decades-old baggage of traditional Windows means that Windows RT is a lot more streamlined than Windows 8.  It runs well on less expensive hardware and we've seen Windows RT tablets such as the neat little Dell XPS 10 Tablet selling for just £199.

The drawback – and it's a big one – is that Windows RT can't run traditional Windows software. All you can do is install apps from the Windows Store.

Microsoft realises that this is a bit of problem, so it has written a special RT version of Microsoft Office that is bundled for free with all Windows RT tablets. This solves the problem of Office-compatibility, but it still means that you can't run any of your other key Windows programs. That might include business software, or something as simple as iTunes or the drivers for your old printer.

Even now, the Windows Store still looks a bit threadbare compared to the vast numbers of apps that are available for the iPad and Android tablets. For instance, you can get the Netflix, but there's no RT app for UK services such as LoveFilm or BBC iPlayer.

Until the Windows Store is stocked with all the apps you need you're far better off buying a tablet that runs the full version of Windows 8. Most PC manufacturers seem to agree on this too, as tablets running Windows RT are very much in the minority at the moment.
Windows 8 tablets buying advice: Tablet vs Laptop

The other big decision that you have to make is whether you should buy a tablet or a laptop. As always, this very much depends on what you need it for.

If you're going to spend hours typing in Word or entering data into Excel for your office or college work then you're probably better off opting for a laptop that has a comfortable, full-size keyboard and a screen large enough to stop you going all squinty-eyed after a couple of hours.

Don't forget, too, that you can buy a laptop with larger screen sizes of 13-, 15- or even 17-inches for multimedia work such as photo- or video-editing. Conventional laptops can be cheaper than tablets – especially if you aren't bothered about having a touchscreen, which can easily add £50-£100 to the price of a laptop.

The great strength of a tablet is the sheer convenience of having a slim, always-on, lightweight device that you can hold in one hand. Even lightweight Ultrabook laptops tend to tip the scales at around 1.5Kg, yet an 11.6-inch tablet such as the Lenovo Lynx measures just 9.5mm thick and weighs 640g.

Even a sturdier model such as HP's Envy X2 only just nudges up to 700g. Like Microsoft's Surface tablets, the Lenovo IdeaTab Lynx and the Envy X2 can both be used with a small detachable keyboard, so they're fine for taking notes and doing a spot of writing now and then, although we're not sure that we'd want to type a full-length novel on them.

These tablets have modest Intel Atom processors and just 2GB of memory, which means that they're not really powerful enough to replace a conventional laptop for heavy-duty work such as photo-editing or video presentations in PowerPoint. And don't even think about trying to run 3D action games on them.

It is possible to get more powerful Windows 8 tablets, though. The recently released Surface Pro is a good example, boasting a Core i5 processor running at 1.7GHz, along with 4GB of memory and 64GB of storage. It's relatively chunky for a tablet, weighing in at 900g and 13.5mm thick, but it's still slimmer and lighter than any Ultrabook that we've seen so far. It'll cost you £700 – £800, which is a lot more than an iPad, but it's not a bad price when compared to laptops with a similar specification. 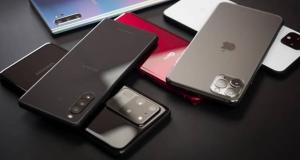 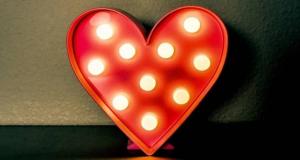