The 6 Ways Apple Should Copy Google

It feels like Apple is falling way behind. But I don’t think that’s true.

I believe Apple puts enormous brain power and good judgement into envisioning the Next Big Thing. It takes them a long time to get it to market. But once it’s there, they iterate to perfect the original vision.

In the year or two after Apple launches an iPhone or an iPad, everybody falsely believes Apple can do nothing wrong.

But then, as we get further away from the last launch and closer to the next one, everybody falsely believes Apple can do nothing right.

Completely separate and unrelated to false perceptions about Apple, Google lately has been on fire. And lately they’ve been kicking butt not only in their traditional role of algorithm-based Internet services, but also in Apple’s sandboxes—namely design and hardware.

Apple has never been the kind of company that copies out of a lack of vision. Nor have they avoided copying.

What’s great about Apple is that they develop an ultra-clear vision about how to maximize the user experience, then they make that experience happen regardless of whether the solutions have to be invented, copied or—most commonly—Apple’s own unique spin on something invented elsewhere.

There are many ways in which Apple should not copy Google. But there are six ways Apple should copy Google and, in doing so, make Apple a better company with better products.

۱. Make Siri on iPhone hands-free like the Moto X

Google Now was already better than Siri. But now, on the new Motorola phones—including and especially the Moto X announced this week—Google Now is hands-free. You talk and the phone responds—even when it’s in a deep, battery-preserving sleep.

Could you imagine how great it would be if Siri worked like that? A hands-free feature isn’t for the lazy. The whole point of Siri is to be a human-like entity that chit-chats, jokes around and understands regular, everyday language. You don’t have to press and hold a button to talk to your friends, do you?

Apple should just copy this.

۲. Build the iPhone in the United States like the Moto X

We reported this week that Apple is being hammered yet again over labor abuses in Chinese manufacturing plants.

This is never going to end for Apple. The ugly truth is that the culture of manufacturing in China is rife with abuse, toxicity, cheating and corruption. And because Apple is a successful industry leader, Apple will always be blamed for China’s woes no matter how hard Apple works at improving conditions.

The solution is for Apple to go big—AND go home. Build iPhones in the United States.

Of course, the Moto X isn’t global, so it won’t have the numbers that iPhone has. On the other hand, those phones are custom-designed by users in a state-of-the-art Foxconn facility in Texas.

Apple needs to do something similar—re-invent the phone factory using robots and automation on an unprecedented scale.

۳. Make the iPad mini Retina-quality like the Nexus 7

Google did something brilliant with the Chromecast dongle—a limited-use device that enables some Internet programming to play easily on TVs.

Yes, Apple TV is more polished and has more features. But the Chromecast is so cheap that it’s a no-brainer impulse buy. The benefit for Google is rapidly growing marketshare, which can then be translated into clout over negotiated deals with content creators.

Apple can continue making a few bucks on Apple TV hardware—or, it can subsidize the hell out of the Apple TV, make that product an impulse buy as well, and grow its industry power as Google is doing.

Once Apple has massive market power, it can liberate users at last from the tyranny of Hollywood and the cable companies.

Apple’s lack of a social network is hurting the company in multiple ways. First, Apple isn’t harvesting the social connections and user data that will enable Siri to compete against the future version of Google Now.

Second, it’s forcing Apple into a relationship with Facebook, Silicon Valley’s pop-collar douchebag. Facebook sharing, along with Twitter sharing, is the default method throughout Apple products.

It’s time for Apple to part ways with Facebook. And having its own social network would help a lot.

۶. Spend some of that cash on moon shots like Google X

Companies that are in the innovation business and find themselves sitting on dozens of billions of dollars in cash are in a unique position to try crazy things that might help the world.

Google’s epic self-driving car project could save millions of lives. Their Project Loon balloon initiative could bring the Internet to the remotest parts of the planet. Google’s Fiber initiative and even Google’s recently announced Starbucks takeover will seriously improve the lives of people lucky enough to get access to these ultra-fast connections.

It’s time Apple stepped forward to do something expensive that nobody else can do.

For a company that lionized “the crazy ones” and talks about “changing the world,” Apple sometimes looks a lot like a company that just wants to make as much money as possible and keep it all to themselves.

Come on, Apple. You’ve got $146 billion in cash. Do something insanely great that doesn’t bring you immediate profits for a change. 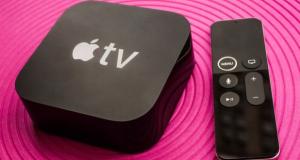 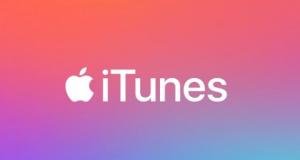 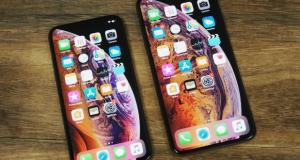