Bill Gates criticizes Google for not uplifting the poor

Microsoft's chairman says Google is just doing its core thing with its balloon-powered Internet access project, but it won't do much help to people suffering from malaria.

Bill Gates doesn't think much of Google's Project Loon, which uses solar-powered, remote-controlled balloons outfitted with broadband transmitters to bring Internet connectivity to the two-thirds of the people on the planet who don't have easy or affordable access to the technology. In an interview in Bloomberg BusinessWeek, he said:

When you're dying of malaria, I suppose you'll look up and see that balloon, and I'm not sure how it'll help you. When a kid gets diarrhea, no, there's no website that relieves that. Certainly I'm a huge believer in the digital revolution. And connecting up primary-health-care centers, connecting up schools, those are good things. But no, those are not, for the really low-income countries, unless you directly say we're going to do something about malaria.

Google.org, the company's non-profit charitable foundation set up in 2006, was formerly led by Larry Brilliant, a medical doctor and technologist who worked on smallpox eradication, and went beyond technology projects.

"Why would we put Wi-Fi in a place where what they need is food and clean water?" Brilliant told the New York Times in a 2006 interview.

In 2009, the focused shifted more toward projects that fit with Google's engineering and technology culture. "Now they're just doing their core thing. Fine. But the actors who just do their core thing are not going to uplift the poor," Gates said in the interview.

Gates believes saving lives and eradicating disease is a bigger priority than what Google.org is doing in trying to give people better access to the Internet, renewable energy research, crisis response apps, or using search data to estimate disease activity. That seems obvious, but both the Gates Foundation and Google bring something to the table. Gates started his foundation, separate from Microsoft, 25 years after the company was founded.

Google will be turning 15 in September and is much like Microsoft was at that age with its relentless focus on engineering and dominating markets. The billionaire co-founders, Sergey Brin and Larry Page, are proponents of taking moon shots like self-driving cars and balloons beaming Internet access, diving into challenges at large scale. It's not unlikely that they could form charitable foundations with billions of dollars to take moon shots at solving some of the more vexing problems facing humanity.

Brin and wife Anne Wojcicki started the Brin Wojcicki Foundation, and in 2012 donated more than $200 million to causes related to environmental issues, poverty prevention, and Parkinson's disease research. Brin also spent more than $300,000 to bankroll the first in-vitro burger, which could lead to a sustainable and cheap supply of protein. That's not Gates Foundation money, which gave out $3.4 billion in grants in 2012, but it's a start. 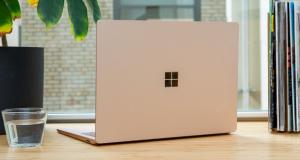