So why is the Galaxy S4 not selling as well as Samsung would’ve hoped? Well like most major problems there isn’t a single cause, but rather a collection of problems.
Increased competition

The 2013 smartphone market is a very different scenario than the one that Samsung found itself in when making the Galaxy S3 last year. People were questioning (and are probably still questioning) Apple’s ability to make an innovative smartphone after the disappointing iPhone 4S, HTC was in a downhill spiral after a poor selling batch of smartphones, Sony and LG weren’t doing anything extremely interesting, and the Chinese smartphone makers were yet to step out of their Asian markets.

This year HTC has found a winner in the HTC One, LG is playing off of the interest sparked by the Nexus 4, and the OEMs from China have shaken off their budget tag.

But when Samsung was making the Galaxy S4, there was a lot more competition. Apple’s iPhone 5 helped regain the faith of some, LG was putting up a fight after the interest sparked by the Nexus 4, the HTC One was redefining what it meant to be a high-end Android smartphone, and the previously budget OEMs from China were building some serious high-end smartphones with price tags to turn heads.
htc one vs sony xperia z both standing aa

Unfortunately for Samsung, 2013 wasn’t a year to refine, but to redefine, and many (myself included) couldn’t help be a little disappointed by the similar look — both in hardware and software — that the Galaxy S4 provided. It didn’t matter that Samsung upgraded almost every component of the Galaxy S3 when making the Galaxy S4, because other OEMs did the same, and they all added features like Boom Sound and water resistance that put them on the same level as the Galaxy S4.

Sales estimates for the Samsung Galaxy S4 ranged from 80 million to 100 million units, but the question is whether these estimates were accurate.

If 50 million Galaxy S3 units were sold in ideal market conditions, it would be difficult to imagine the Galaxy S4 selling twice the amount that the Galaxy S3 sold.
Same look and feel

Even with a Full HD Super AMOLED display and a quad-core Snapdragon 600, the Galaxy S4 suffered from the same stigma as the iPhone 4S. The fact that it retained the same look and feel of the Galaxy S3 was a big drawback.

But the worst part of it all is that Samsung itself blasted the iPhone 4S for retaining the same look and feel of the iPhone 4 in an advertisement (found below) for the Galaxy S2. One person stated “If it looks the same, how will people know I upgraded?” Touche, Galaxy S2 user, touche.

The biggest criticism for the Galaxy S3 was the plasticky feel that the handset exuded. The fact that Samsung stuck with plastic for the Galaxy S4 wouldn’t have been as bad if HTC hadn’t built an all-metal HTC One.

It would be unfair to say that the Galaxy S4 didn’t feel more premium than the Galaxy S3, because it was a definite improvement. However, putting the Galaxy S4 next to the HTC One shows a huge gulf in class when it comes to design.

On the software side of things, the Galaxy S4 retained most of the design language of the Nature UX on the Galaxy S3. And while some prefer the familiarity, and the lack of the learning curve, HTC once again trumped Samsung on the software side of things, with a completely redesigned Sense UI which was a definite improvement over the old versions of Sense.
Brand dilution and consumer confusion

One of Android’s strong points is choice, but there comes a point in time where consumers start to get confused. Eventually the question becomes not whether you should buy the S4, but which Galaxy S4 is for you? There may very well be a lot of customers who haven’t bought the Galaxy S4 due to the fact that they’ve been waiting to buy other versions of the Galaxy S4.
Samsung devices size infographic

The fact that Samsung has used the same design language on all of its smartphones post-Galaxy S3, must have also contributed to the reduced sales of the Galaxy S4. Almost every Samsung smartphone looks the same, whether it is a high-end $600 smartphone or a freebie on contract. While some would be perfectly fine with this, others would like their high-end smartphone to be unique, rather than blend in with rest of the crowd.
How can Samsung get back on the horse?

Samsung is a multi-billion dollar company with many divisions. Of course in recent times its smartphone division has been an integral part its company and it has grown to be the world’s biggest smartphone maker.

The next big release for the company is the Galaxy Note 3, and it is absolutely crucial for the Galaxy Note 3 to be a big hit. While Samsung made the large smartphone popular, 2013 has brought many competitors. The Xperia Z Ultra, and LG Optimus G Pro are two competitors who can already put up a fight, and HTC is also rumored to be making a Note competitor.

Samsung needs to ensure that the Note 3 can withstand the might of competitors that have sprouted in recent times, and that it is a firm step forward. A brand new hardware design would definitely impress, and if Samsung could use metal to make the Galaxy Note 3, it could very well put it ahead of the pack.

Looking further ahead, the Galaxy S5 could be the first Samsung-made smartphone with a flexible display and it could be enough of a difference for Samsung to break records.
Wrap up

The Galaxy S4 will no doubt go on to be a record breaker, but smartphone users are fickle beings. It was only a few years ago that HTC was the darling of Android, and Apple was dominating the smartphone market. Samsung would do well to heed the warnings of the past, and not become arrogant. 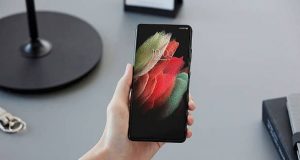 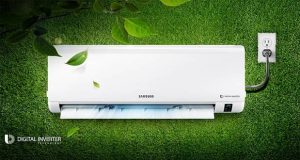