Studying the evolution and anatomy of galaxies using the Hubble Space Telescope, an international team of astronomers led by doctoral candidate BoMee Lee and her advisor Mauro Giavalisco at the University of Massachusetts Amherst have established that mature-looking galaxies existed much earlier than previously known, when the universe was only about 2.5 billion years old, or 11.5 billion years ago."Finding them this far back in time is a significant discovery," says lead author Lee.

The team used two cameras, Wide Field Camera 3 (WFC3), and Advanced Camera for Surveys (ACS), plus observations from the Hubble's Cosmic Assembly Near-infrared Deep Extragalactic Legacy Survey (CANDELS), the largest project in the scope's history with 902 assigned orbits of observing time, to explore the shapes and colors of distant galaxies over the last 80 percent of the Universe's history. Results appear in the current online issue of The Astrophysical Journal.

Lee points out that the huge CANDELS dataset allowed her team to analyze a larger number of these galaxies, a total 1,671, than ever before, consistently and in detail. "The significant resolution and sensitivity of WFC3 was a great resource for us to use in order to consistently study ancient galaxies in the early Universe," says Lee.

She and colleagues confirm for an earlier period than ever before that the shapes and colors of these extremely distant young galaxies fit the visual classification system introduced in 1926 by Edwin Hubble and known as the Hubble Sequence. It classifies galaxies into two main groups: Ellipticals and spirals, with lenticular galaxies as a transitional group. The system is based on their ability to form stars, which in turn determines their colors, shape and size.

Why modern galaxies are divided into these two main types and what caused this difference is a key question of cosmology, says Giavalisco. "Another piece of the puzzle is that we still do not know why today 'red and dead' elliptical galaxies are old and unable to form stars, while spirals, like our own Milky Way, keep forming new stars. This is not just a classification scheme, it corresponds to a profound difference in the galaxies' physical properties and how they were formed."
Lee adds, "This was a key question: When, and over what timescale did the Hubble Sequence form? To answer this, you need to peer at distant galaxies and compare them to their closer relatives, to see if they too can be described in the same way. The Hubble Sequence underpins a lot of what we know about how galaxies form and evolve. It turns out that we could show this sequence was already in place as early as 11.5 billion years ago."
Galaxies as massive as the Milky Way are relatively rare in the young Universe. This scarcity prevented previous studies from gathering a large enough sample of mature galaxies to properly describe their characteristics. Galaxies at these early times appear to be mostly irregular systems with no clearly defined morphology. There are blue star-forming galaxies that sometimes show structures such as discs, bulges and messy clumps, as well as red galaxies with little or no star formation. Until now, nobody knew if the red and blue colors were related to galaxy morphology, the UMass Amherst authors note.

There was previous evidence that the Hubble Sequence holds true as far back as around 8 billion years ago, the authors point out, but their new observations push a further 2.5 billion years back in cosmic time, covering 80 percent of the history of the Universe.

Previous studies had also reached into this epoch to study lower-mass galaxies, but none had conclusively looked at large, mature galaxies like the Milky Way. Lee and colleagues' new observations confirm that all galaxies this far back, big and small, already fit into the sequence a mere 2.5 billion years after the Big Bang.

"Clearly, the Hubble Sequence formed very quickly in the history of the cosmos, it was not a slow process," adds Giavalisco. "Now we have to go back to theory and try to figure out how and why." 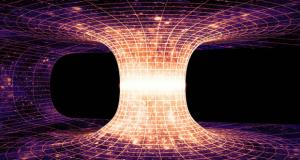 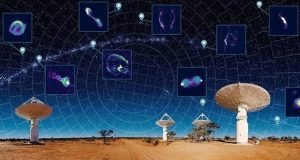 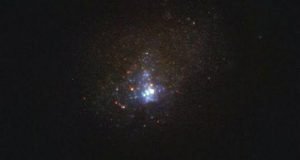