Who Will Replace Steve Ballmer?

Microsoft CEO Steve Ballmer's announcement Friday that he plans to retire within the next 12 months comes at an awkward time for the company, which has not groomed an apparent successor.

That may indicate that the move was really a surprise. Ballmer has previously intimated that he had no intention to retire. Disappointing sales for Windows 8 may have increased the pressure on Ballmer, but it was far from conventional wisdom that Ballmer would cede the reins by 2014.

See also: How to Use Skype Keyboard Shortcuts
Insiders

Ballmer was only Microsoft's second CEO, making it hard to discern a pattern. So far, however, the company has promoted from within. Forrester analyst Frank Gillett expects that to be the case this time as well. Among the shortlist at Microsoft are Qi Lu, Eric Rudder and Kirill Tatarinov, Gillett speculates. Other less likely internal candidates include COO Kevin Turner and Julie Larson-Green, the company's EVP of devices and studios, Gillett says.

Lu, the current EVP of applications and services, was recently promoted to that post in a large reorganization at the company. Until recently, Lu served as the president of the online services unit, which led the company's search, portal and online ad efforts.

Rudder, Microsoft's former CTO, was also named EVP of the Advanced Strategy and Research Group in the reorganization. Rudder, once considered a successor to Bill Gates, kept a low profile throughout much of the 2000s, but resurfaced at the 2013 CES where he was the pitchman for Microsoft's "IllumiRoom" technology.

Tatarinov was another exec who emerged with a higher profile after the reshuffling; he is now the head of Dynamics, the company's business solutions products.

Turner, Microsoft's COO, would seem to be an obvious successor to Ballmer, but he is reportedly unpopular with employees at the company. Julie Larson-Green, who heads up Microsoft's Devices and Studios group, is another possibility, as are Skype President Tony Bates and Windows CFO and CMO Tami Reller.
Outsiders

An intriguing possibility is that Microsoft will pick someone outside of the company — possibly from a competitor — to run the business. One issue is that some of the most obvious candidates would be from companies like Apple, Amazon and Google — all sworn enemies. "It's hard to imagine," Gillett says. "There's a lot of cultural baggage."

One outsider topping the list is Steve Sinofsky, the former Windows president who left last year. Sinofsky, viewed by some as Ballmer's heir apparent, officially announced his role as a board partner at venture capital firm Andreesen Horovitz this week.

Another former insider turned outsider is Stephen Elop, the former head of Microsoft's Business Division who is now the CEO of Nokia, a close partner of Microsoft's.

Beyond that, there are some obvious names that jump to the fore including Reed Hastings of Netflix, Juniper Networks CEO Kevin Johnson and Paul Maritz, a former Microsoft exec who is now the CEO of cloud services firm Pivotal. 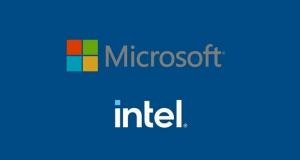 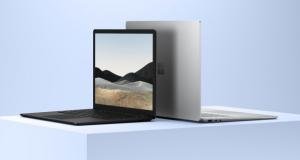