It's pretty much a given that everything we love about flagships will eventually make their way into more affordable products. And why shouldn't that include the form factors themselves? In addition to unveiling the Yoga 2 (as well as the ThinkPad Yoga for business), Lenovo is trotting out two additional convertibles, with prices that put them squarely in the middle tier. Meanwhile, the company also announced the Flex 20, a 19.5-inch, battery-powered all-in-one that's basically a smaller, cheaper version of the Horizon PC announced earlier this year.

Starting with the laptops, the Flex 14 and 15, as they're called, each resemble the Yoga in that the screen folds backward, allowing you to use the notebook in different positions. Here, though, it only goes 300 back degrees, not 360, meaning you can't use these products in tablet mode. Basically, then, your choices are to use it as a traditional notebook, or fold the screen over into "Stand" mode (pictured above), with the screen facing outward, and the keyboard planted face-down.

Spec-wise, too, they skew toward the mid-range. And we use the word "notebook" deliberately: though either can be configured as an Ultrabook, that won't be the base option. The base screen resolution is 1,366 x 768, but 1080p panels will be offered as an up-sell option in either Q4 of this year or Q1 of 2014. As you might have guessed, you get your choice of Haswell processors (up to Core i7), with robust battery life to match: up to nine hours on either model, according to Lenovo. Additionally, they'll eventually be offered with discrete NVIDIA GT740M graphics, but not until later this year. Look for them later this month, both priced from $630. As a warning, while the Flex 14 and 15 will both be sold in the US, the 14-inch version will be available on Lenovo.com only; it's the 15-incher you're going to see when you swing by Best Buy to get hands-on.

As for the Flex 20, it has the same "Aura" user interface as the Horizon, designed around playing games and manipulating photos. (Because of the smaller screen size, Lenovo says the 20 is intended more for two-person use than something for a family to use together.) Also like the Horizon, you can use it with small paddles, and suction-cup joysticks that stick to the screen, but whereas they come included with the Horizon, they're sold separately here.

Similar to the laptops, the Flex 20 runs off Haswell CPUs, but we're told most of the models you find will have a Core i3 option (a select few will go up to Core i7). Battery life is limited to around three hours, so you won't want to stray far from the power outlet. Not that you would: though the Flex 20 is smaller, it still weighs around eight pounds. Finally — and this might be the detail that annoys some people — the screen resolution is 1,600 x 900. So, not great pixel density for a display this big. At any rate, this will also ship later this month, with a starting price of $900. 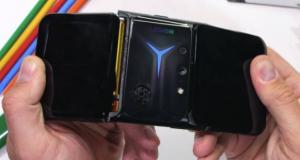 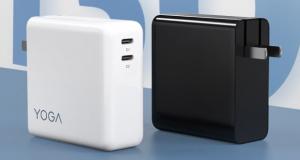 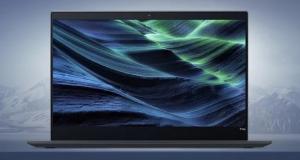