The man responsible for groundbreaking work in noise reduction and inventing surround sound has passed away at age 80.

Sound visionary and founder of Dolby Laboratories Ray Dolby died Thursday at his home in San Francisco. He was 80.

The company said that Dolby had been living with Alzheimer's disease in recent years and was diagnosed with acute leukemia in July.

Dolby is credited with revolutionizing how people experience sound with his multitude of audio technology inventions. Besides his pioneering work in noise reduction, Dolby also invented surround sound. He held more than 50 US patents.

"Today we lost a friend, mentor and true visionary," Dolby Laboratories President and CEO Kevin Yeaman said in a statement. "Ray Dolby founded the company based on a commitment to creating value through innovation and an impassioned belief that if you invested in people and gave them the tools for success they would create great things. Ray's ideals will continue to be a source of inspiration and motivation for us all."

Dolby founded Dolby Laboratories in 1965 after working as a United Nations adviser in India. He is originally from Portland, Ore. In his early years, he attended both Stanford University and Cambridge University and worked at Ampex as the chief designer of all electronic aspects of the first videotape recording system.

At Dolby Laboratories, Dolby fostered an environment where engineers worked to advance the science of sound and come up with new ideas to make acoustics more engaging. Today, thousands of films and billions of devices use Dolby technology to enhance sound. Recording artists and filmmakers also use Dolby Laboratories' inventions and tools to enliven their creations.

"Though he was an engineer at heart, my father's achievements in technology grew out of a love of music and the arts," said Dolby's son Tom Dolby, who is a filmmaker and novelist. "He brought his appreciation of the artistic process to all of his work in film and audio recording."
Over the course of his lifetime, Dolby was awarded the National Medal of Technology from President Bill Clinton, the Order of Officer of the British Empire by Queen Elizabeth II, several Oscar, Emmy, and film festival awards, and more. He was also inducted into the National Inventors Hall of Fame in the US and the Royal Academy of Engineers in the UK in 2004. Since its inception, Dolby Laboratories has also been awarded 10 Academy Awards and 13 Emmy Awards.

Despite his achievements, Dolby was not a boastful man. He was once quoted as saying, "I was never a gold-digger, or an Oscar-digger, or anything like that. I just had an instinct about the right sort of things that should be done in my business. So all these things just fell into place."

Dolby is survived by his wife, Dagmar, his sons, Tom and David, their spouses, and four grandchildren.

"My father was a thoughtful, patient and loving man, determined to always do the right thing in business, philanthropy, and as a husband and father," Dolby's son David Dolby, who is member of Dolby Laboratories' Board of Directors, said. "Our family is very proud of his achievements and leadership. He will be sorely missed, but his legacy of innovation will live on." 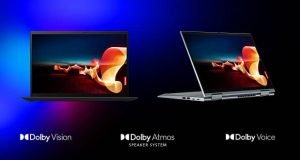