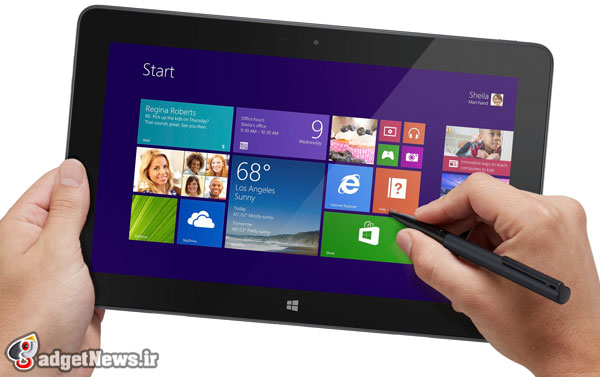 Ever since Dell dropped the surprise announcement that it would revive its Venue brand, we've been looking forward to getting our hands on the company's new line of Windows 8.1 tablets. That time has come with today's launch of two devices: the Dell Venue 8 Pro and the Venue 11 Pro. Their arrival confirms the end of Dell's dabble with Windows RT — and the discontinuation of its XPS 10 tablet — heralding a new "portfolio" of mobile devices that the company believes will meet the needs of enterprise customers. Do Dell's buttoned-down tablets offer more than the competition? Join us after the break for a closer look.

With Acer and Toshiba currently holding up the sub-10-inch Windows 8 tablet category, Dell's Venue 8 Pro arrives with minimal competition. Similar to its rivals, it's an 8-inch device with a 1,280 x 800 display IPS display that supports pen input, thanks to a Synaptics digitizer. The good news is that, unlike Acer's Iconia W3, Dell has worked to ensure that the pocketable tablet maintains its color balance and pixel density at wider viewing angles and can adequately capture reduced touch inputs on its smaller screen. Underneath its sleek but uninspired chassis lies Intel's new quad-core Bay Trail chip, pushing better performance with improved battery life — which is rated at around 10 hours — alongside 2GB of RAM and 32GB of on-board storage.

Weighing just 400 grams and with a thickness of 8.9mm, the Venue 8 Pro feels nice in the hand. The tablet is easily the smallest Windows-powered 8-incher to date, with only Apple's super-slim iPad mini edging it out. On the rear of the device, Dell has opted for a spiraled texture for better grip, but the might not be to everyone's liking — although it does a good job of repelling fingerprints. Taking a tour around the device, you'll find the standard apparatus: a microSD slot, a volume rocker and a Windows button on the top. All of the buttons have been positioned near the top of the device (in portrait mode) so that your fingers won't accidentally catch anything while you're using it.

With the Venue 11 Pro, Dell has a Surface Pro 2 competitor on its hands. The company says its 10.8-inch tablet has "the power of an Ultrabook, performance of a desktop, portability of a tablet" and given the number of accessories that will complement the device (see below), it might be able to back up that claim. Like Microsoft's "lappable" tablet, the Venue 11 Pro sports a Full HD (1,920 x 1,080) IPS display and will be offered with Intel's Atom quad-core Bay Trail processors or a fourth-generation Haswell processor up to Core i5 — supporting up to 8GB RAM, 256GB of storage, WiDi and NFC. From a design perspective, the Venue 11 Pro is unremarkable but practical, with Dell opting for a generic form factor that includes a full-size USB port, HDMI port and a microSD card slot. Unlike its smaller counterpart, the Venue 11 Pro features a matte-textured rear, which allows for a firm grip in the hand but is a magnet for greasy fingerprints. Listening to feedback from its enterprise customers, Dell will ship the Venue 11 Pro with a removable battery — which will give around 10 hours of sustained usage — allowing you to hot-swap if you're far from a charging point.

In order to appeal to business customers, Dell has also thrown all manner of security features at the Venue 8 Pro and Venue 11 Pro to keep data safe, much to the relief of IT departments around the world. In that respect, the company includes TPM 1.2 and its own enterprise support on both tablets, also implementing Intel's vPro hardware manageability platform inside the Venue 11 Pro.

Dell has also included a number of docks and keyboards that extend the use of both Venue tablets, effectively turning them into Ultrabooks. The Venue 11 Pro will launch with three docks, starting with the Slim Keyboard, which is a lightweight keyboard that serves as a case for the device when it's not in use. The Mobile Keyboard, however, is a completely different proposition: the Transformer-esque dock dock not only offers an island-style layout, but includes its own integrated battery, adding up to 80 percent additional battery life on a full charge. Dell believes you'll get 16 hours of usage when the Venue 11 Pro is docked with the Mobile Keyboard, which goes far and above the battery lives of many more expensive Ultrabooks. If mobility isn't your thing, then Dell has designed a Tablet Desktop Dock to make it easier to work from you desk by making use of its dual display-out ports and USB 3.0 ports.

Dell says the Venue 11 Pro tablet will go on sale via the official Dell UK website on November 7th for $500/£349, with no fixed US launch date. The Venue 8 Pro is priced at $300 and will be available from October 18th in the US. 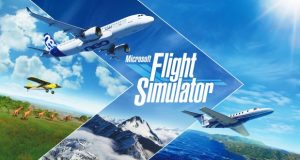 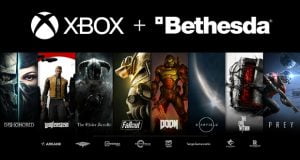 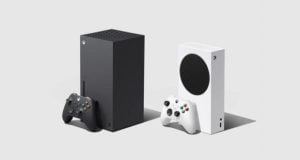