Could one of these men be the next chief? Alan Mulally, chief of Ford.

Mr. Gates’s role at Microsoft has been a source of wide fascination since he left his day-to-day responsibilities in 2008. But interest in it has grown in the past few years as Microsoft has stumbled, and it intensified sharply in the weeks since Steven A. Ballmer announced he would be retiring as Microsoft’s chief executive in the next year.

Many employees and investors fondly remember the company’s heyday under Mr. Gates, a towering figure in the tech industry who built Microsoft into a dominant force. And some Microsoft employees say they have noticed Mr. Gates around the company’s campus in Redmond, Wash., more often since Mr. Ballmer’s announcement, leading to speculation — perhaps mixed with a dash of hope — that he might want to assume a bigger role and return the company to its past heights.

“It’s impossible to walk away from something that you have shaped and led to that extent, and with which you are so personally identified,” Ed Lazowska, a professor of computer science at the University of Washington, said of Mr. Gates. “I think there’s zero chance that he disengages — if anything, I bet he engages more.”

Whatever his future duties, Mr. Gates already has a strong hand in deciding the company’s direction. He remains Microsoft’s chairman and its largest individual shareholder, and he is one of four members of the committee leading the search for the next chief executive. His opinion in the selection process will hold more sway than anyone else’s.

Despite the speculation, it remains a long shot that Mr. Gates will take on bigger day-to-day duties at the company. According to several people close to him, who spoke on the condition that they not be named because their discussions were private, Mr. Gates has no intention of leaving his philanthropic career to work again full time at Microsoft. John Pinette, a spokesman for Mr. Gates, declined to comment.

Still, the narrative of the rescuing founder remains a powerful one, especially since Steven P. Jobs, a rival of Mr. Gates’s, returned to Apple and transformed it into one of the world’s most profitable companies. Microsoft has struggled in important new markets in recent years, particularly with mobile phones and tablets, leading some executives in the tech industry to call for Mr. Gates to return as chief executive.

The search for Mr. Ballmer’s replacement is still in its early stages. Although the process could suddenly accelerate, the board is in no hurry to act before the end of the year, said a person briefed on the succession plans.

Among outsiders, Mr. Mulally of Ford is a favorite because of his success in reviving Ford without the help of the government bailout and bankruptcy filing used by the other two Detroit automakers, General Motors and Chrysler.

Mr. Mulally was unavailable for comment about whether he has interest in the Microsoft job. He does not have a software background, which has given some current and former Microsoft employees pause because they believe the company needs a leader with a strong technology vision. Another concern is Mr. Mulally’s age, 68, which suggests he may not be in the job for long.
Mr. Mulally has consistently said he will stay as chief executive at Ford at least through 2014. Ford’s board is set to meet on Wednesday, and its directors may be under pressure to address the speculation before it becomes a distraction. 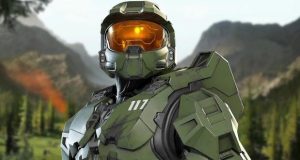 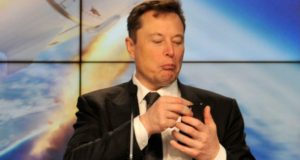