Google Wants You to Live 170 Years

Along the lines of self-driving cars and smart glasses, Google's newest venture promises to wow the tech scene. Only, it's not quite tech, at least in the traditional sense. The venture is called California Life Company, or Calico for short, and its goal is to extend human life by 20 to 100 years.

It sounds surreal, until consider that we already extended human life by 20 years over the past century. The average girl born today will live to be 100, a once outlying achievement.

See also: If a Google Employee Dies, Spouse Gets Half Pay for 10 Years

Other research outlets have made relevant discoveries over the years, including worms that divide stem cells without aging and that resveratrol, found in red wine, seems to defend against diseases related to aging and could be manufactured as a more potent synthetic drug.

Meanwhile, companies such as Elixir Pharmaceuticals, Sirtris Pharma and Halcyon Molecular set out to extend human life, only to shut down (or be acquired, then shuttered by the buyer), many times running out of money before bringing a product to market.

Don't be quick to assume Google's involvement is strictly to benefit the common good, however. CEO Larry Page is pushing to spend on long term rather than incremental R&D. There's money to be made here. The regenerative medicine industry is valued at $1.6 billion, and anti-aging products are virtually resistant to economic cycles. Therapies available today may be expensive, untrustworthy and could produce horrific results.

But one thing is true: The quest to live just a bit longer is in demand.

But living longer comes with its own challenges. One imagines doubling our elderly population and the strain that would put on their families and on resources in general. On the other hand, by allowing people to age slower, it's possible a solution could extend our productive years, rather than the elderly years — so, an extra decade of being 30, rather than an extra decade of being 90 — a more attractive option for both individuals and culture as a whole.

Mashable spoke with experts in the space, who predict Calico will indeed approach the latter (Google declined to comment for this story). It won't likely be one magic bullet solution, but rather, a group of solutions — a suite of products that will catch our imagination just as Google Glass and self-driving cars have.
The Problem With Aging

In a TIME profile, Larry Page said that solving individual diseases, even ones as pervasive as cancer, would not increase life expectancy by much. To reframe, cancer is the symptom; the true disease is aging itself. As we age and our cells wear down, it causes other old-age diseases.

Currently, much of our technology that extends life actually extends life in poor health, while the number of years lived in good health remains unchanged.

Our retirement age of 65 was originally set because hardly anyone ever reached that age.

"Today we spend an incredible amount [of money] out of keeping people alive in a bad state of health," says Aubrey de Grey, chief science officer of the SENS Research Foundation, who presented a TED Talk on anti-aging.

This might explain why many people have no interest in living longer.

A Pew study shows 56% of Americans would not choose to slow the aging process, even if such medical treatments were available.

You may have read about the suicide of 60-year-old sports blogger Martin Manley. His website reveals his distaste for the physical and mental limitations of old age.

But de Grey doesn't expect a solution from Google to follow this trend, adding length to the "unwell" years of life while the number of healthy years remains the same.

"We will not be able to extend life without extending health," he says. "Longevity is a side effect."
Why Google?

For most of us, Google's investment into longevity was a surprise (but note, Google will not be operating Calico, only backing it). Others already in the space were able to see the connection.

What Google brings to the table is data. "Not just one set of data, multiple forms," says Harry Glorikian, founder of life sciences consulting firm Scientia Advisors. "Search data, GPS data, all sorts of other pieces, electronic breadcrumbs that you produce all out there to get a picture of you."

This data could be paired with each person's genome — a partial genome can be mapped today for $99 via 23andMe (another Google investment), but many are hoping a full genome will cost as much in the next few years.

Daniel Kraft, medicine and neuroscience chair of Singularity University, affirms that this will require people to relinquish some privacy, in hopes of helping others and themselves, but predicts it to be something many will do. "Lot of folks will be happy to share elements of health history," he says.

For an example of how data can impact health, just look to Google's Flu Trends, which predicted flu outbreaks based on search data, although it turned out to be accurate only in certain cases.

Finally, note that Google isn't entirely new to this space. Singularity University has had a lot of cross-pollination with Google, Kraft says, and Ray Kurzweil, director of engineering at Google, is an advisor to Maximum Life Foundation, says founder David Kekich.

Glorikian notes that, much like how Google's development of Glass inspired developers to create uses for it, the Calico announcement will bring further attention and energy to life extension.

"When one of these behemoths points to a certain place, everyone has to believe that there's something there," Glorikian says.
The Solution Won't Be a Magic Pill

We won't see an anti-aging product from Calico come to market in a year — it's a long-term venture. The company is likely assembling a team (the announcement only mentioned leadership of Art Levinson, who is former CEO of biotech company Genentech) and deciding what kind of research to do. Of course, there are several types.

First, there is the idea of the engaged patient. You have the "ability to manage your prevention if you know the risk of certain diseases," says Kraft. Again, think genome mapping.

An early criticism of Calico was that it sounded like something that would increase the split between the rich and the poor, leaving millionaires to live as long as they like (a few extra years to spend all that money doesn't hurt), while less privileged people would settle for traditional lifespans or shorter (many children in developing countries continue to die without lack of access to clean water).

The rich already have the option of cryonics, preserving their bodies after death in hopes future technology will revive them. It costs $200,000.

It is possible individuals will not need to cover costs of anti-aging treatments themselves? Much like health care today, it makes for a convincing job perk.

De Grey expects these solutions to be paid for by neither the individual or the employer, but rather, the government. Between social security and Medicaid, the government spends billions on treatment for old-age illnesses and providing for the aging population. Perhaps a product that slows aging will be seen as preventative care — over time, it may prove cheaper and could save government money down the road.

"These therapies will pay for themselves so quickly," de Grey says.
Further Questions

An extra 100 years to live that you didn't expect is a daunting idea. But because many of these solutions will piggyback over time, it's not likely to be a sudden burden. As any technology comes to market, we as a culture must learn to use it both safely and with respect for others.

But still, asking the ethical questions is an important step. With an extra set of productive years, should people have second careers (or second marriages)? If you'll be in this world for longer, does it reduce the drive to have children? Will a larger population mean more competition for resources?

But even with increased lifespan, death is never too far away. When asked about the difference between solving death and solving aging, de Grey was quick to point out the obvious: "I'm not working on a solution to stop people from getting hit by cars." 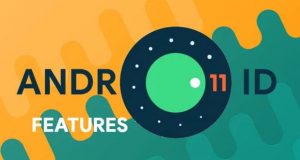 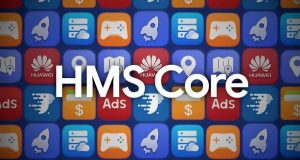 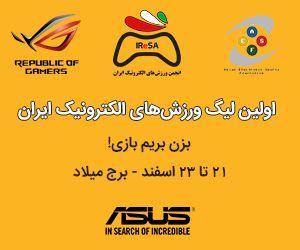