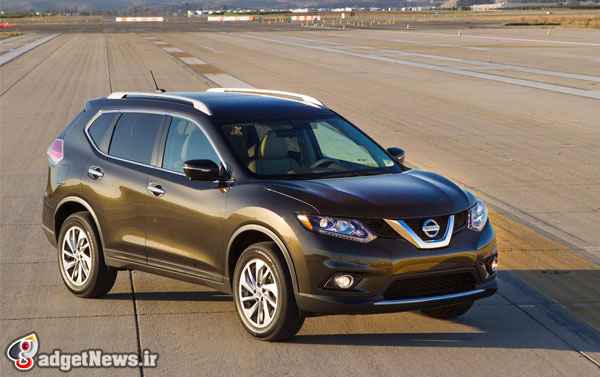 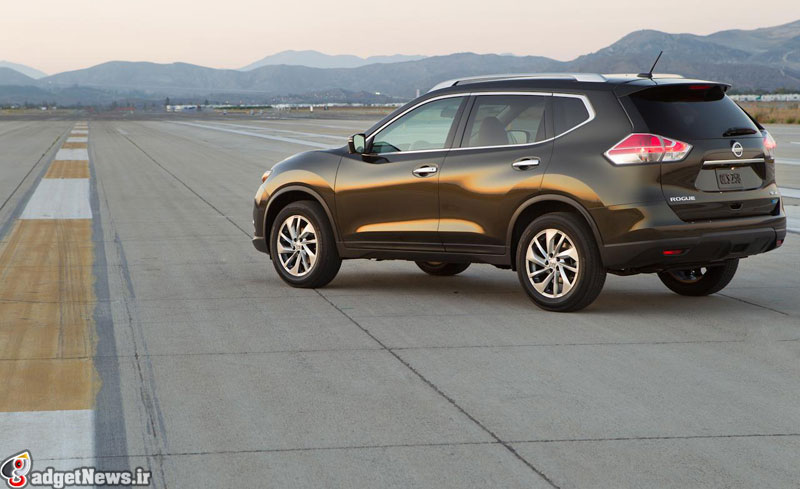 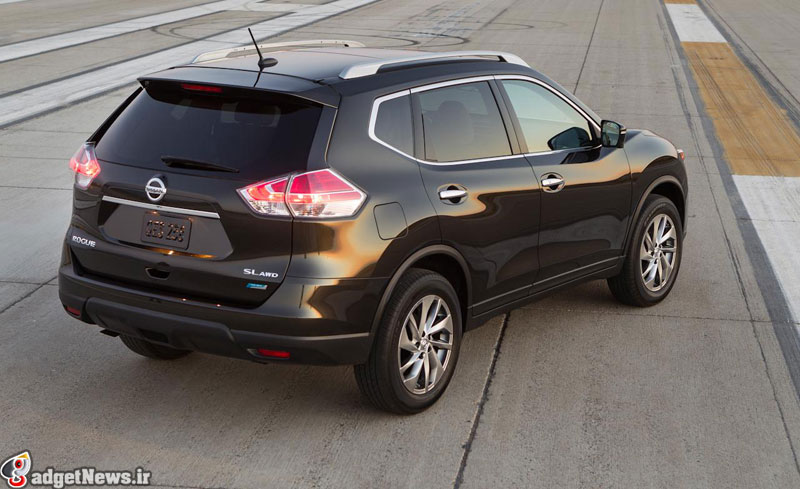 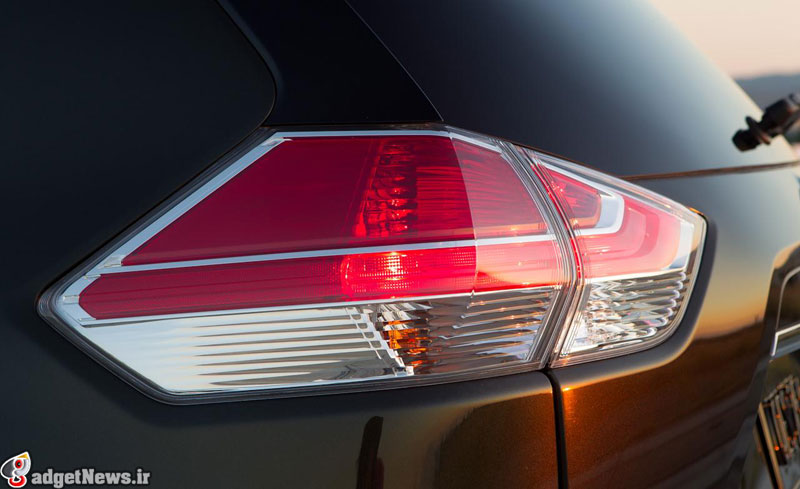 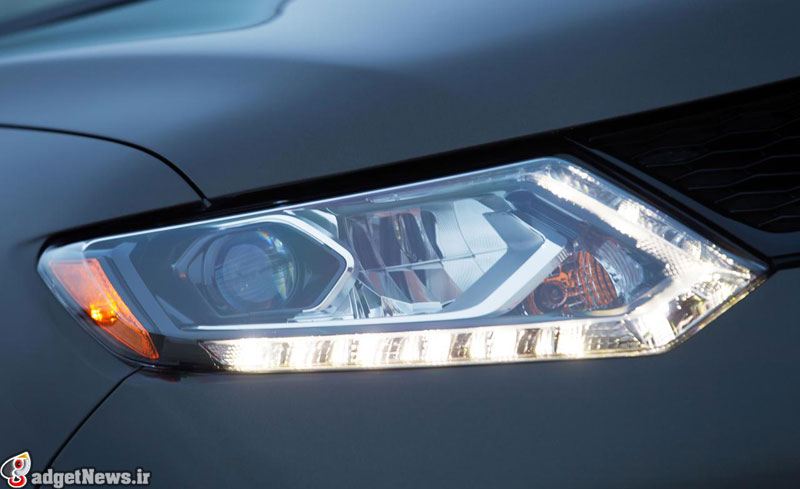 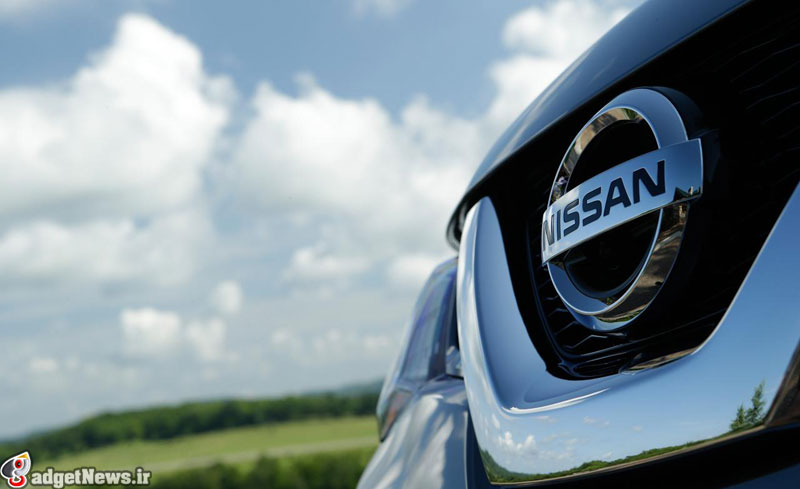 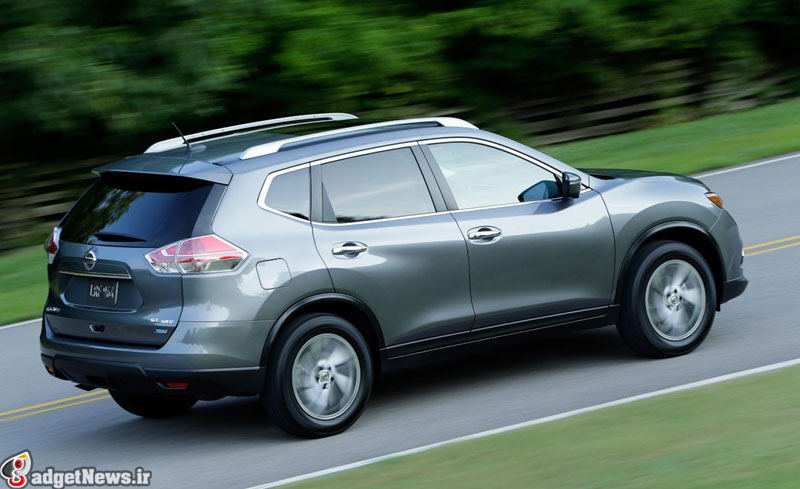 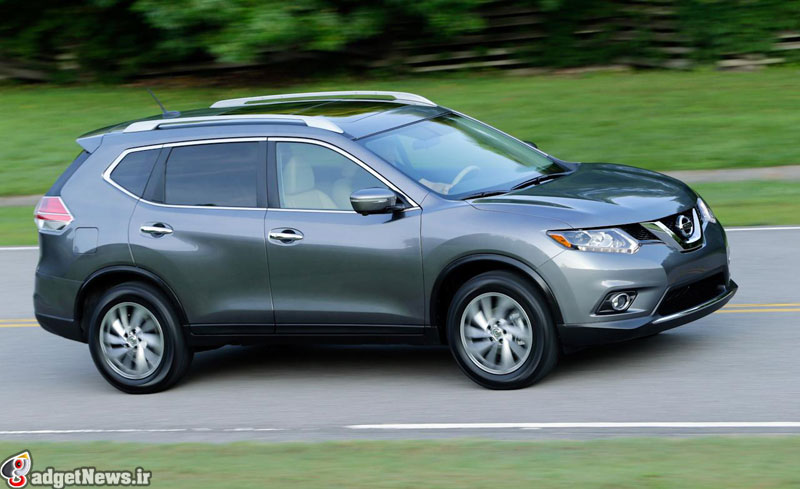 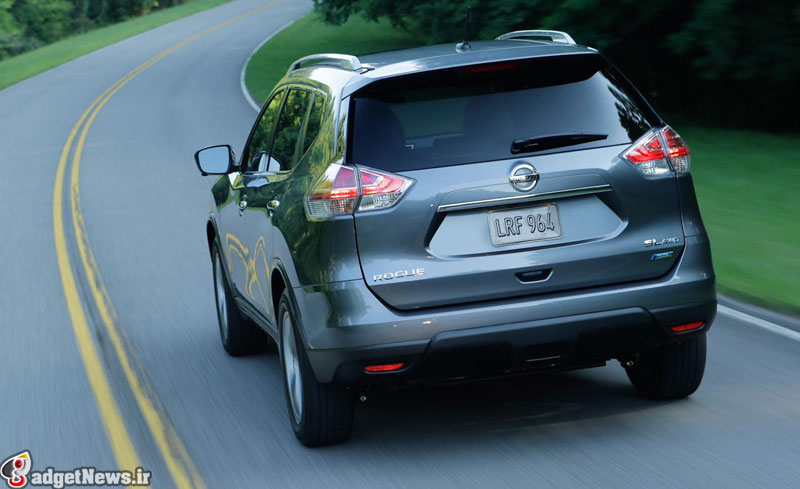 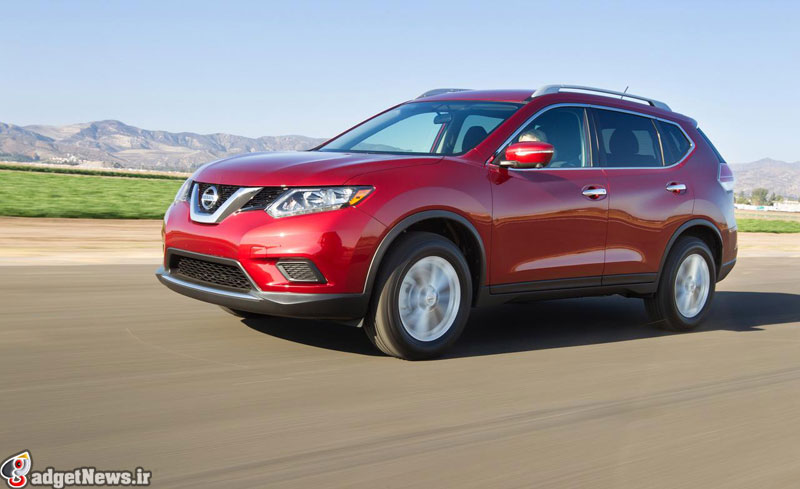 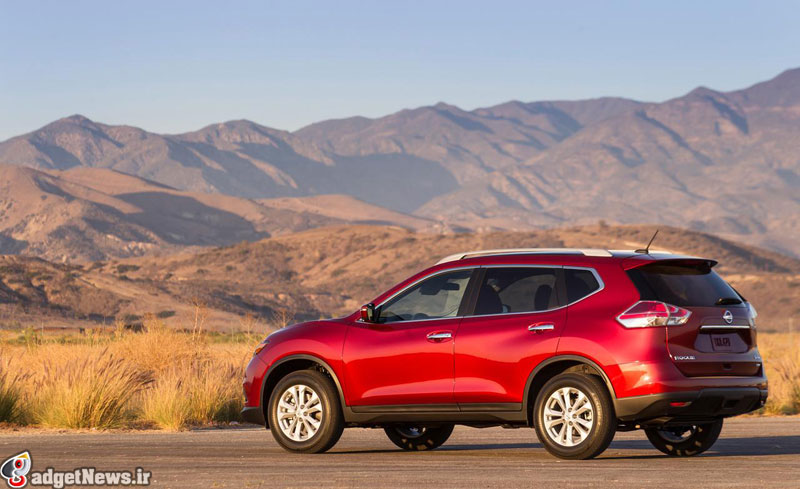 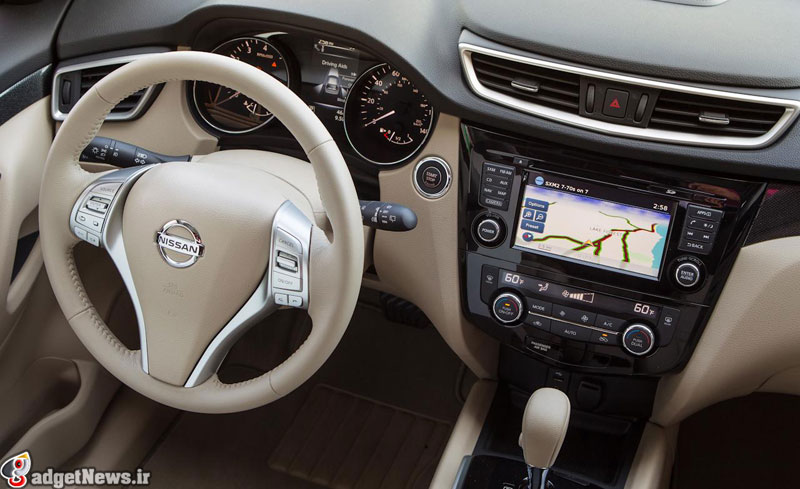 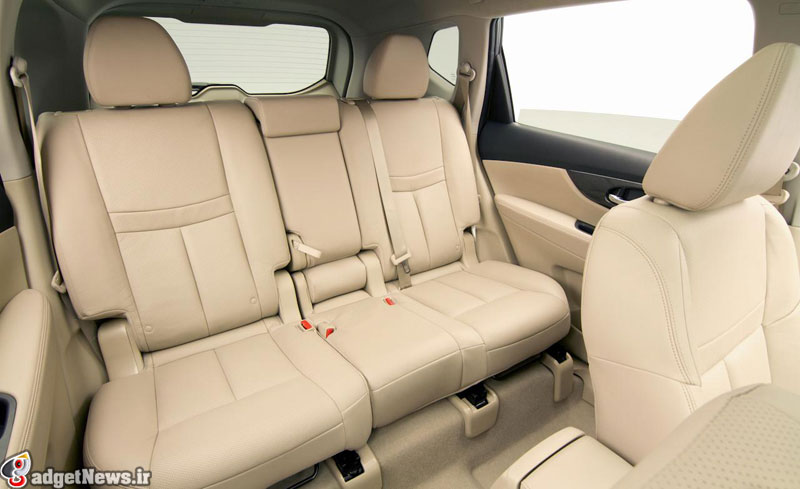 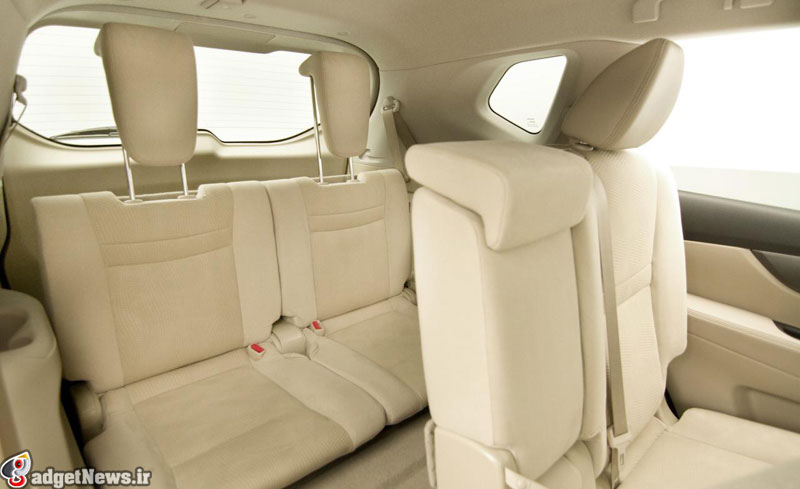 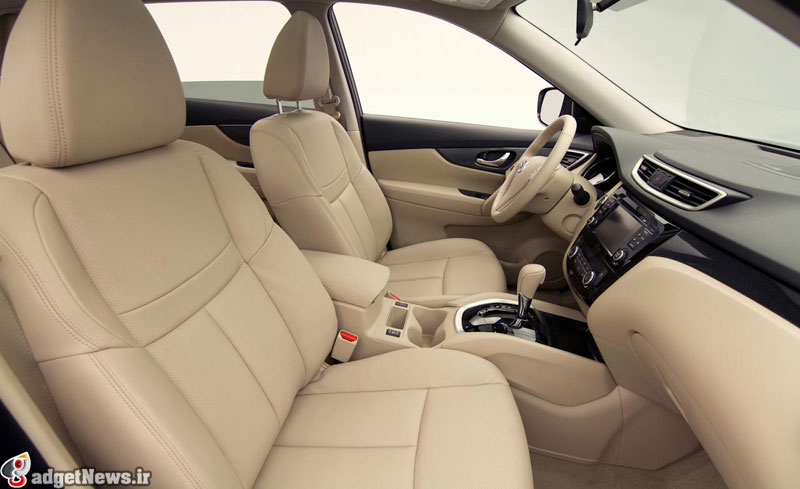 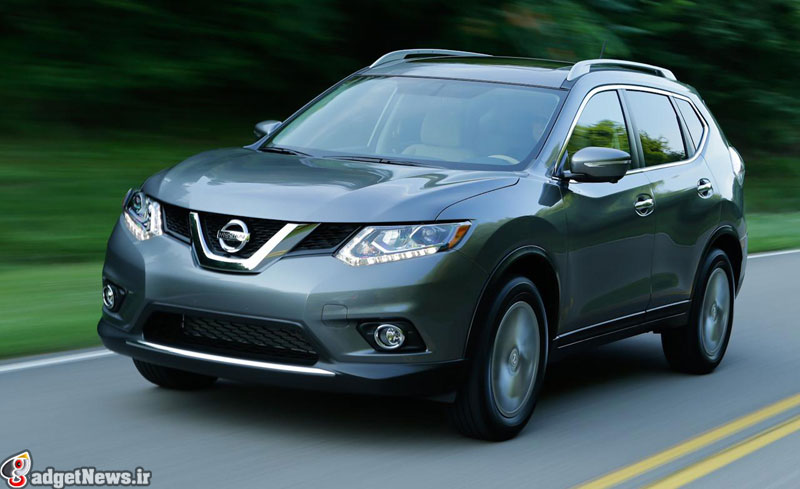 The redesigned 2014 Nissan Rogue is easily competitive on equipment and efficiency with other small crossovers, and it excels in refinement, styling and interior space.

Nissan's compact crossover receives a major redo for the 2014 model year, switching to a new global platform to go after family buyers on several continents. It has a new, more aggressive look inside and out, one that is designed to project a more masculine appearance in hopes of attracting more men to the Rogue. The previous model appeals far more to women, according to Nissan's research.

With competition in the compact crossover arena some of the hottest in the market and nearly every other competitor offering a new entry in the last two years, Nissan hopes its new model can continue the success of the old Rogue. See how the 2013 and 2014 Rogue models compare here and how the 2014 model stacks up against competitors here.
Styling
With the new platform comes new styling, and Nissan has definitely succeeded in crafting a compact SUV that many will find appealing. The Nissan family look is in full force, with more than a passing resemblance to the bigger Pathfinder that's evident from every angle. The look is more truckish and aggressive than its competitors, with bulging wheel arches and a bigger nose than the Honda CR-V or Toyota RAV4. Seventeen-inch steel wheels are standard on the base S trim, with 17-inch alloy wheels standard on the midlevel SV trim and 18-inch alloy wheels standard on the topline SL trim. New LED running lights up front and angular taillights will make the Rogue distinctive even in the dark.
How it Drives
Nissan kept the Rogue's powertrain the same: a 2.5-liter four-cylinder engine making 170 horsepower and mated to a continuously variable automatic transmission. Front-wheel drive is standard and all-wheel drive an option. This combination is fine for everyday driving in relaxed conditions, making for an uneventful commute in around-town traffic thanks to decent tuning. But ask it for any kind of acceleration beyond moderate and you'll come up wanting more.

The CVT winds the big four-cylinder motor up to its powerband and holds it there as you hold your foot to the floor, making more noise than motion. A standard Sport mode changes the transmission's sensitivity and its responsiveness, but it doesn't do much for acceleration-time improvement. It's most noticeable when entering a highway or attempting a passing maneuver; you'll want to plan well ahead for either of those actions.

The acceleration woes are really the only blemish on what has been transformed into a wonderfully driving small crossover. Ride quality is impressively controlled, with no chop or floatiness, and even moderately sized potholes and pavement blemishes do little to upset the Rogue's suspension. It rides like a much bigger, more expensive vehicle, with obstacles like manhole covers eliciting little more than a muted whump in the cabin.

Handling is sharper than expected. The thick steering wheel is not overly boosted and delivers excellent feedback to the driver. Brakes are very strong and firm, with excellent pedal feel and no noticeable fade. Zipping down the Natchez Trace Parkway in Tennessee during my test was an entertaining experience, with little body roll, road or wind noise, and an overall feel of refinement and sophistication that is lacking in the previous generation and some of the Rogue's competitors. It's not as sporty and aggressive as a Mazda CX-5, but the Rogue has been tuned more toward the comfort end of the dial.

Fuel economy in the new 2014 Rogue is also good. The standard front-wheel-drive Rogue gets an EPA-rated 26/33/28 mpg city/highway/combined; this drops slightly for the all-wheel-drive model to 25/32/28 mpg. This puts Rogue at a combined 2 to 3 mpg advantage over a comparably equipped Ford Escape, RAV4 or CR-V, with only the smaller-engine CX-5 and CVT-equipped Subaru Forester nearly even with the Rogue.
Interior
Nissan paid a lot of attention to the interior for the 2014 Rogue, creating a cabin that is inviting, attractive and comfortable for a variety of body types. Slide into the driver's seat and the combination of command seating and low dashboard creates excellent visibility to the front and sides. Rearward visibility is still a bit challenged, becoming even more difficult when the optional third-row seats are raised.

Controls are mostly well-placed; the only issue comes from switch placement for the blind spot warning system and the transmission's Sport mode — they're low and to the left on the dash where they cannot be easily seen or touched.

Seating is flexible, spacious and remarkably comfortable. Nissan continues to make hay over its so-called Zero Gravity seats that were supposedly designed with input from NASA, but regardless of their origin in Andromeda or Nissan's Atsugi, Japan, design center, they actually deliver the promised comfort.

The second row of seats is also quite spacious at 37.9 inches, with much more legroom than expected for a compact SUV, stadium-style layout and long, tall windows for rear seat passengers that help prevent claustrophobia. The 2014 Rogue's second-row legroom grew 2.6 inches over the 2013 model. Add in the huge panoramic sunroof overhead and the Rogue's cabin feels tall, airy and pleasantly open. Climbing in and out of the backseat is also easier with doors that now open 77 degrees, allowing for easier placement of things like child-safety seats.

New for the Rogue this year is an optional third row of seats that's available only on the base S and midlevel SV trim levels — if you really want a three-row crossover that tops $30,000, Nissan would instead like to show you the Pathfinder. The Rogue's 50/50-split bench folds into the cargo area's floor and doesn't impact carrying capacity versus the standard Rogue when in the folded position. Given that this is a compact SUV, this is not a bench meant for adult-sized humans. If you're planning on putting adults in the third row, try a Pathfinder. Even Nissan admits that the third row is best limited to children and over shorter distances. But with a standard second-row sliding feature that helps to equalize some legroom for all the passengers in the vehicle, it is indeed usable in a pinch.
Ergonomics and Electronics
Not only are the interior materials better, but the interior design is improved as well. Gauges are easily visible through the steering wheel and include a 5-inch color LCD, the largest in any Nissan product, to display a variety of customizable vehicle information.

The latest all-new Nissan should have the latest all-new electronics, and the Rogue doesn't disappoint. A full complement of information and entertainment electronics are available, including navigation, satellite radio and Bluetooth streaming audio and phone connectivity. The Rogue features not only a backup camera but Nissan's novel Around View Monitor, which uses cameras to display a 360-degree live feed of the Rogue's environment on the touch-screen. Nissan is introducing NissanConnect, its branded multimedia service, which integrates a number of apps from Google searches to Pandora streaming radio. NissanConnect will be updated over the vehicle's life with new programs and features. The system doesn't seem quite as advanced as Chevrolet's MyLink or Ford's MyFord Touch system, but it is easy to use and seems to work reliably well.

Cargo & Storage
Pop the rear hatch (a power liftgate is optional) to reveal a spacious cargo area with low bumper liftover. The second-row seats fold flat in a 40/20/40 split, and the levers are accessible with a stretch from the cargo area to unlatch the seatbacks. Fold the front passenger seat flat as well to get a cargo area reportedly able to accommodate an 8-foot ladder. For models without the third-row seat, under-floor storage is presented with two reconfigurable dividers that can also act as package shelves.

Not only does the Rogue cargo volume look bigger, it actually is bigger with 39.3 cubic feet of space available behind the second row of seats versus 34.3 for the Ford Escape, 38.4 for the Toyota RAV4 and 37.2 for the Honda CR-V. Fold the rear seats down and the Rogue's 70 cubic feet still has an advantage over the Escape (73.4), but not the CR-V (70.9) or the RAV4 (73.4). Interior overall passenger volume is also biggest — 106 cubic feet not including the third-row seats versus 98 cubic feet for the Escape and 101 for both the RAV4 and CR-V.
Safety
Nissan has offered up a number of electronic systems to help with safety, including optional blind spot warning, forward collision warning, lane departure warning systems and a movement sensor that alerts a driver when the Around View Monitor detects something entering the vehicle's vicinity. The 2014 Rogue is too new to be crash-tested, but results will appear here when this happens. Check out a list of the Rogue's safety features here.
Value in its Class
The new 2014 Rogue will be one of the least expensive compact SUVs on the market when it arrives in early 2014, starting at just $23,350, including an $860 destination fee, for an S trim model with front-wheel drive. Mitsubishi's considerably smaller Outlander Sport is priced below that with an automatic transmission while Mazda's CX-5 can be had with a manual transmission for less as well.

Nissan's price includes standard features such as Bluetooth phone connectivity, steering-wheel audio controls, sliding and split-reclining second-row seats, backup camera and the cargo divider system. Stepping up to the midlevel SV trim adds $1,740 and a lot more content, including 17-inch alloy wheels, roof rails, power seats, a six-speaker stereo with satellite radio and NissanConnect Apps, automatic climate control, push-button start and more. The third-row seat is optional on both the S and SV trims, but not available on the top SL trim, which rings in at $3,840 above the SV trim. The SL brings leather seats, navigation system, Bose audio, a power liftgate, heated seats and side mirrors, and 18-inch alloy wheels. Several option packages are available, including a panoramic moonroof, the third-row seating package and premium equipment packages. Adding all-wheel drive to any model bumps up the price by $1,350 regardless of trim level. See full pricing and specs for the 2014 Rogue here.

The competition in this segment is some of the hottest in the market, with almost all entries recently refreshed and selling well. The three most direct competitors will be the Toyota RAV4, Honda CR-V and Ford Escape, all of which are comparably priced, feature similar equipment and interior versatility. Like the RAV4 and CR-V, the Rogue offers only one powertrain; the Escape has a choice of three. The Rogue's third row of seating does give it an advantage over competitors, but its utility is limited. The Rogue offers a more refined ride than the CR-V or RAV4, but it isn't as sporting as the Ford Escape or the Mazda CX-5. What it does offer, however, is a more spacious backseat, one that is genuinely comfortable for real adults. 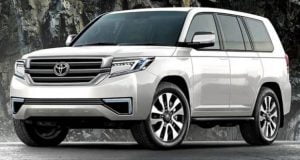 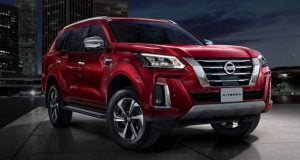 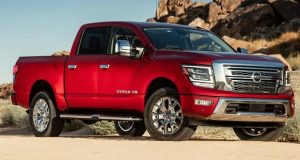