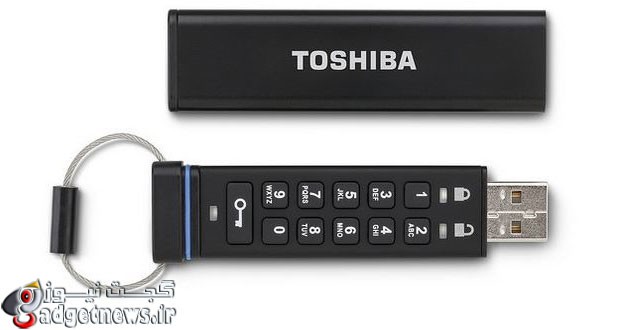 The cloud and micro SD cards make toting data around easy, but sometimes a USB flash drive is the best choice. Protecting sensitive data on a flash drive has largely involved creating an encrypted partition or using an application like USB Safeguard. Toshiba is doing away with all of that via its new Encrypted USB Flash Drive, an ordinary flash drive with one big obvious difference: a physical mini-keyboard on the back. With this keyboard, users can enter their passcode and gain access to their otherwise secured content.

The Encrypted USB Flash Drive is simple to use — there are three LED status indicators, a couple lock icons, 0 – 9 buttons, and a “lock” button. The drive uses hardware-based AES 256-bit encryption to keep files secure (sans the troubles that come with creating an encrypted partition using software).

Users set up a PIN code and then load their content. Unplugging the flash drive triggers it to automatically secure the content. To access it again, users enter their PIN and then plug in the drive, which will unlock until removed. The LEDs help keep tabs on its status.

If someone enters the PIN incorrectly ten times, the flash drive will wipe the data, helping protect against thieves. The drive is certified for government use, and is available in 4GB, 8GB, 16GB, and 32GB capacities. The price ranges from $95 USD to $200 USD (though there are some discounts in place until April), and includes a three-year limited warranty. 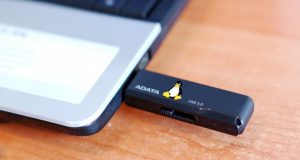