The first manned mission to Mars could depart as early as four years from now – with a launch date pencilled in for Christmas 2017.

It sounds like science fiction, but Dennis Tito’s Inspiration Mars foundation believes that the alignment of the planets makes it essential to launch in late 2017 or early 2018, so that the 314-million mile journey takes a mere 501 days.

To make things cosier for the space pioneers, Tito is looking for one male and one female astronaut to inhabit the tiny capsule that will orbit Mars, then return.

Billionaire Tito,  the first space tourist who funded his own trip to the Space Station in 2001, said this week that his Inspiration Mars foundation aimed to “send a spacecraft in late 2017 or early 2018 bearing two astronauts, a man and woman, to the far side of Mars and return them to Earth.”

The rockets and systems to be used are already in testing, Tito says. A NASA heavy rocket will hurl the astronauts into orbit (if NASA agrees), and then a small module will carry the astronauts 314 million miles to Mars.

“In recent years, the most notable movements of American spacecraft have been powered by trucks and barges in the direction of museums, as if all we can afford and aspire to is a careful preservation of past glories,” Tito said this week. “The United States will carry out a Mars flyby mission, or we will watch as others do it.”

Another “window” for the mission would be 2021, Tito says, but the journey would take 588 days, not 501. Tito believes that Russia’s Energia heavy rocket revival is a “clear signal” that Russia intends to launch in 2021, and that China “is also developing suitable capabilities.”

In 2023, Mars One aims to land two astronauts on Mars – chosen from 200,000 volunteers in an ambitious reality show that aims to raise $6 billion dollars. 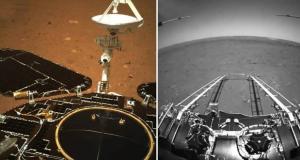 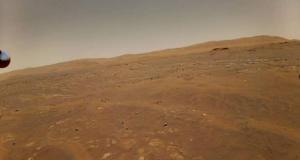 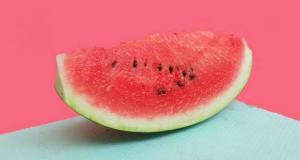