Around 20 people are known to have died and others are unaccounted for after a Taiwanese passenger plane crashed into the Taipei river shortly after take-off, narrowly missing a city motorway.

Of some 58 passengers and crew on board, officials said 15 had been injured, with 24 people unaccounted for.

The number of casualties was expected to rise, amid a major rescue operation to get people out of the water.

Amateur videos captured the moment TransAsia Airways Flight GE235 lost control and clipped a flyover before plunging into the water.

The turboprop ATR 72-600 aircraft had just taken off from Taipei airport in apparently clear weather.

Emergency workers on the river have been using inflatable boats to try to reach passengers trapped inside the fuselage.

Authorities say those on board included around 30 tourists from mainland China. The plane was on its way to the island of Kinmen.

Photo of the cab hit as #GE235 flew over the freeway… very lucky http://t.co/pdjS4gPCmZ pic.twitter.com/TMOGmT0e5g

— Airline Reporter (@AirlineReporter) 4 Février 2015
The chief executive of TransAsia apologised after the crash.

Chen Xinde bowed at a news conference, carried live on Taiwan television, as he offered a “deep apology” to the passengers and crew on board.

It’s the second major plane crash in Taiwan in just over six months.

Last July, 48 people were killed when a TransAsia Airways ATR 72-500 jet crashed near the runway while trying to land on the small island of Penghu, west of Taiwan island, following a typhoon earlier in the day.

Reports said Taiwan regulators were likely to put more pressure on TransAsia Airways to review its maintenance and safety procedures.

Industry data showed the crash was the fifth aircraft the airline has written off since 1995. 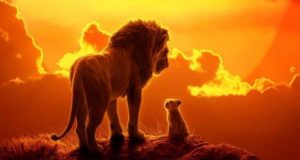