Kingston Technology has released its fastest-ever memory modules via its HyperX Division having a speed of 2,800MHz on the top-end Predator XMP Series, a nice addition to the Predator XMP series.

It is designed for gamers and overclockers and Kingston apparently believes is a requirement of those markets, the latest HyperX Predator XMP modules are available in speeds of up to 2,800MHz – the fastest Kingston has yet released. At those speeds, buyers of the flagship 8GB DDR3 kit, composed of 2 modules of 4GB, can expect a CAS latency of 12 – the trade-off required of bumping up the frequency of the modules.

‘We are proud to offer our flagship 2800MHz memory kits to overclockers, benchmarkers and system builders throughout the world,’ crowed Lawrence Yang, Kingston’s business manager for the HyperX division, at the unveiling. ‘Our HyperX engineers will continue working hard to improve high-speed yields to get faster product in the hands of our customers.’

The latest modules join the company’s existing HyperX Predator XMP family, the latest models of which include 1,866MHz at CL9 or CL10 (4GB or 8GB modules respectively) and 2,133MHz, 2,400MHz, and 2,666MHz at CL11 with only the highest-frequency 2,800MHz modules requiring a CAS latency of 12.

The company has only announced the singular 8GB dual-module kit for its 2,800MHz modules with no word of a 16GB dual- or quad-module kit in the works – the former being unlikely given the sacrifices typically made in producing such high-density memory modules. As usual, all modules in the HyperX Predator XMP range support Intel’s eXtreme Memory Profiles and include a lifetime warranty. 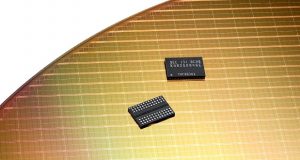