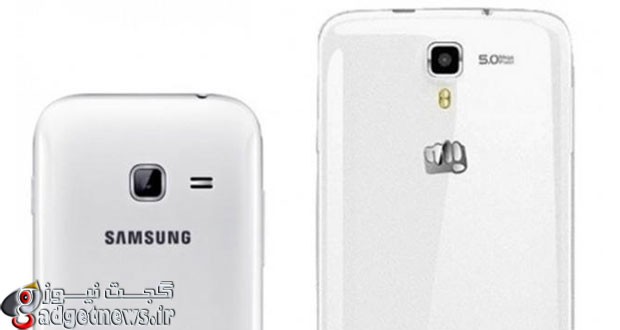 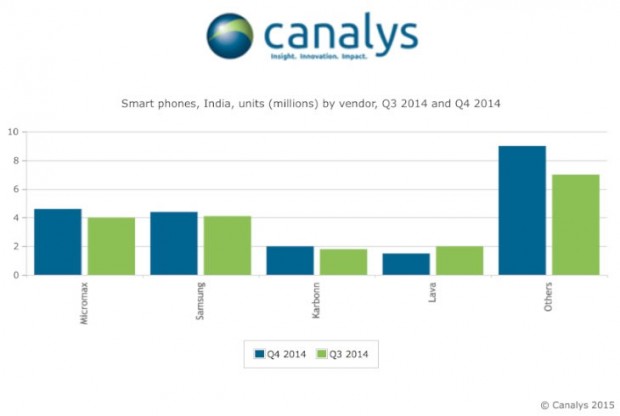 Samsung disputed the rankings, saying it was still a clear leader in the category with a volume market share of 34.3 percent in the October-December 2014 quarter, citing data from market research firm GfK.

Canalys said in its report published on Feb. 3 that Micromax accounted for 22 percent of smartphone sales in India in the October-December quarter, ahead of Samsung’s 20 percent. In total, 21.6 million smartphones were sold in India in the period, a 90 percent surge from a year earlier.

Samsung said it has a manufacturing facility in India, which could have resulted in a mismatch in calculating shipment levels.

“The number of smartphones we retail in India is more than double than that of the next player,” Warsi said.

He did not say what percentage of Samsung’s smartphones are made in India. Samsung does not break out manufacturing numbers for smartphones. Industry sources said Samsung makes about 90 percent of all phones it sells in India locally.

India, which has the world’s second-highest number of mobile phone accounts after China, is the third-biggest market by number of smartphones sold. Low-priced smartphones are the top sellers in a country where many buyers are upgrading from feature phones.

Canalys said Micromax’s performance was partly due to its continuing appeal to mobile phone users upgrading to smartphones. It estimated nearly a quarter of smartphones sold in India in the fourth quarter were devices priced under $100, while 41 percent of devices sold were in the $100-$200 range.

Micromax and Samsung were followed by two other Indian budget smartphone brands, Karbonn and Lava, by number of handsets sold in fourth quarter, Canalys said.

Micromax is planning a stock market listing later this year, according to press reports. 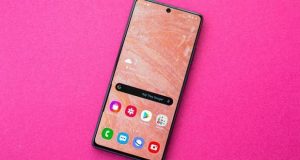 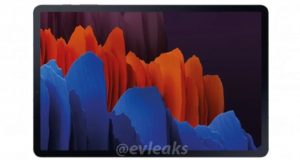