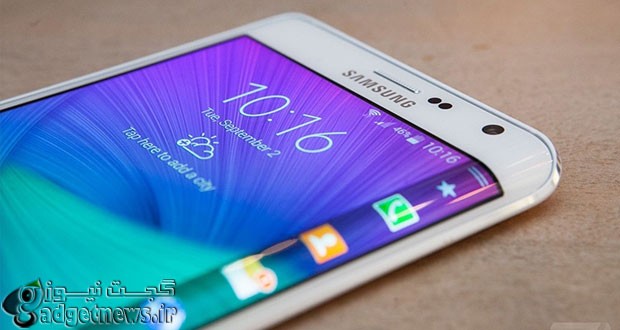 Samsung's next flagship phone will combine metal back with three-sided screen, says Bloomberg

Samsung's next flagship phone will combine metal back with three-sided screen, says Bloomberg

Corroborating rumors and speculation ahead of the next Galaxy S release, Bloomberg today reports that Samsung’s upcoming flagship Android smartphone will come in two variants, one of which will feature a dual curved-edge display. Both are said to have “all-metal bodies” and will apparently retain the 5.1-inch (main) screen size of the present Galaxy S5. Multiple insider sources are cited as authority for the report, which states the new flagship handsets are being developed under the codename of Project Zero (not to be confused with Google’s Project Zero).

Having introduced the 5.6-inch Galaxy Note Edge to the market last year, Samsung has already shown itself capable of producing a display that wraps around one side of the device, so now it appears the company’s extending the same technology to the other side and creating a full U-shaped screen. LG Display is the only competitor to have shown itself capable of matching this with its Active Bending OLED screen, but that measures a full 6 inches whereas the upcoming Galaxy S is going to compete in the middle of the smartphone size range.

Flexible OLED technology has in recent times produced the world’s first curved smartphones in the LG G Flex and Samsung Galaxy Round. Both of those phones turned the screen inward, making for a concave shape that both companies have argued is more ergonomic to use, whereas the next Galaxy is going to “spill” the display over its side edges, applying the advanced technology in a different way. Samsung is unlikely to have yet developed production capacity high enough to satiate the entire global market for its next flagship, which is probably why it has a second version of the handset with a more conventional screen as well. Both will feature Samsung’s next-generation Exynos processor at their core, with the traditional Qualcomm Snapdragon variant being dropped by Samsung this year.

Samsung is expected to unveil its next flagship Galaxy smartphone, in all its variants, at Mobile World Congress in Barcelona on March 1st and we’ll be there to bring you the news live.