Dell has finally made its entry into the Chromebook market official, as it follows in the footsteps of many other PC OEMs who are looking around to shore up flagging Windows machine sales. Dell’s aims with Chromebooks and Chrome OS are pretty specifically targeted, however, as Dell is creating its Chromebook 11 specifically for schools and students.

It should be available starting in January of next year for under $300, and will be sold through Dell.com in the U.S. and the U.K. It’s an Intel-powered device with a Celeron 2955U processor (interesting choice), 10 hours of battery life, 16GB of onboard flash storage, and two configurations of RAM, including a 4GB and a 2GB option. The screen on the new machine is a 1366×768 display, and there’s a 720p front-facing webcam for video conferencing. It has 802.11n Wi-Fi, and is under an inch thick, weighing just under 3 pounds. I/O includes two USB 3.0 ports, an HDMI port, and Bluetooth 4.0.

This sounds like a strong contender to the existing crop of Chromebooks, especially in that the battery would seem to offer true all-day computing, rather than some of the current models which seem to underperform in that regard. The screen isn’t anywhere near the resolution of something like the Chromebook Pixel from Google, but overall this should be a top choice for those interested in Google’s desktop computing efforts, so long as it matches up to its specs on paper.

Dell says it will begin to roll out additional Chromebooks targeted at the budget market of both small- to medium-sized businesses and general consumers, in addition to this education-aimed device. That means it’s placing a big side bet on Google’s browser-based OS. For a PC OEM, it’s in vogue, but depending on how Dell goes about addressing the needs of these different target groups, its Chrome OS strategy could be among the most interesting out there. 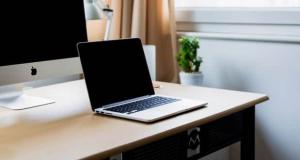