Samsung is bundling at least three Microsoft apps on its new Android-powered Galaxy S6 device. While the move seems unusual, it comes just weeks after Microsoft and Samsung ended a bitter Android royalties dispute. Both companies announced the end of their contract dispute in a join statement last month, but kept the fresh deal terms confidential. Part of the court case revealed that Microsoft earned $1 billion from Samsung in the form of patent-licensing loyalties during 2013.

The Galaxy S6 has Microsoft’s Skype, OneDrive, and OneNote apps preinstalled in a special “Microsoft Apps” folder that is pinned on the homescreen. Rumors suggested that Samsung may also bundle Microsoft Office mobile with the Galaxy S6, but demo units at Mobile World Congress today do not contain the software yet. Samsung is also offering 115GB of OneDrive storage to Galaxy S6 and Galaxy S6 Edge owners as part of this new partnership with Microsoft.

Microsoft and Samsung’s deal marks an initial plan to beat Google’s services by bundling Microsoft ones right in Android’s backyard. This might be the first of many efforts to get Microsoft’s apps and services bundled on Android-powered smartphones. 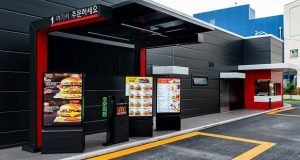