Nokia investors have something to smile about this morning, as the company's Q4 2012 financial results reveal a return to operating profit for the first time since Q1 2011. As previously announced, the company sold 4.4 million Lumias over the quarter, a more-than 50 percent jump from Q3's 2.9 million, and its best quarter since launching its Windows Phone line. The uptick in sales contributed to €8.04 billion ($10.73 billion) in overall revenue for the quarter, which when balanced with Nokia's continued restructuring and other costs resulted in a €439 million ($585 million) profit. That's a significantly healthier figure than last quarter's $754 million loss, and a big improvement on Q4 2011's figure, a huge $1.2 billion deficit. Nokia's net cash rose from €3.56 billion ($4.7 billion) to €4.36 billion ($5.8 billion) over the quarter; for perspective, Nokia had €5.58 billion ($7.42 billion) in the bank at the beginning of 2012.

Despite strengthening sales of its Lumia line, and a return to profitability for its long-troubled Devices & Services division, the bulk of Nokia's income came from its Nokia Siemens Network arm. Year-over-year its overall mobile device sales dropped 24 percent from 113.5 million to 86.3 million, while sales of "smart devices," a figure that encompasses Windows Phone and Symbian-based handsets, dropped 66 percent from 19.6 million to 6.6 million as the company continued to shift emphasis from high-volume but low-cost Symbian smartphones to Windows Phone.

After a troubled year — the company's operating loss for 2012 was €2.3 billion ($3.06 billion) — Nokia has taken the decision not to pay a dividend to shareholders despite finally turning a profit this quarter. It says this call, when combined with strong quarterly figures, "further solidifies the company's strong liquidity position."

Looking forward to Q1 2013, Nokia predicts a return to losses for its Devices & Services division, with an outlook of a 2-percent operating loss. The impact of that drop will be lessened by continuing profitability from its Nokia Siemens Networks arm. Nokia CEO Stephen Elop had this to say about the quarterly results:

"We are very encouraged that our team’s execution against our business strategy has started to translate into financial results.

Most notably we are pleased that Nokia Group reached underlying operating profitability in the fourth quarter and for the full year 2012. While the first half of 2012 was difficult for Nokia Group, in Q4 2012 we strengthened our financial position, improved our underlying operating margin in Devices & Services, introduced the HERE brand to expand our mapping and location experiences, and drove record profitability in Nokia Siemens Networks.

We remain focused on moving through our transition, which includes continuing to improve our product competitiveness, accelerate the way we operate and manage our costs effectively.

All of these efforts are aimed at improving our financial performance and delivering more value to our shareholders."

Elop and his Chief Financial Officer Timo Ihamuotila will be holding a press conference to discuss today's results later this morning, and we'll be listening in to bring you any further news. 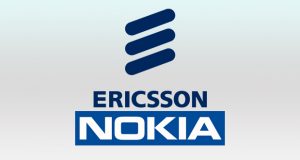 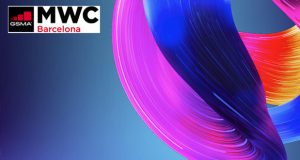 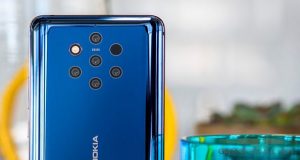