Samsung to unveil its Google Glass competitor in Berlin this September?

According to a report by the Korea Times, Samsung is ready to join the smart-glasses craze in the second half of 2014. Its take on the subject, Galaxy Glass, is currently in development with a September reveal at Berlin's IFA in the cards. Coincidentally, this is where Samsung presented its Galaxy Gear smart-watch last year.

The South Korean giant has already patented the spectacles in its homeland. The patent drawings we have so far show a pair of sporty glasses with side buttons, a camera on the front, in-built earphones, and a wired connection going towards a smartphone. This design doesn't seem very refined, compared to Google Glass' wireless connection and absence of earpieces. But in the end, we expect Samsung to introduce a polished product. It could also turn out that the Galaxy Glass is not the product these sketches show.

Similar to other wearables, the Galaxy Glass will connect to a smartphone and display alerts, as well as controls, on a transparent or translucent lens before the user's eyes. Predictably, Samsung is collaborating with its display arm, Samsung Display, to produce the goggles' specific lenses.

The Korean maker acknowledges that smart glasses won't turn an immediate profit, because they are a new concept that's yet to find mass appeal and form a culture. However, the Galaxy Glass presents Samsung's aim to "lead the new market with proven capability" with "steady releases of devices". However, the company isn't building these glasses merely for prestige. Samsung recognizes that smart glasses have a huge market potential, as they will be used in many industries, in addition to being a consumer product.

On top of that, the Korea Information Society Development Institute expects the wearable devices market to reach $6 billion (either in shipments or sales volume) by 2016. The researchers also state that wearable devices could emerge as the next-generation of mobile technology which will replace smartphones. 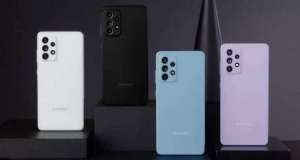 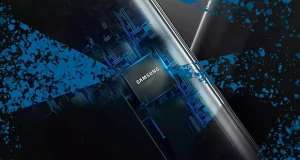 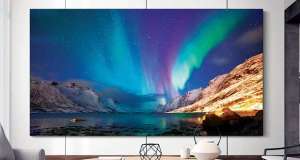