Pricey PS4: The Most Expensive Countries to Buy a PlayStation 4

It's not easy being a gamer in Latin America or the Nordic region. The virtual guns and terrain in "Battlefield 4" may be the same, but the price of a console can be more than triple or quadruple what Americans pay.

Sony said it's sold more than 6 million systems worldwide. Many of the entertainment features Microsoft hoped would lure couch potatoes aren't yet tailored to an international audience, and it hasn't released the console in as many places as Sony has. Microsoft said today that the Xbox One will be coming to 26 more markets in September — including India, Japan, Russia, and several in Latin America and the Nordics.

At $400, the PlayStation 4's low price, compared with the $500 Xbox One, has also made it a more attractive option. But you can hardly call the PS4 a bargain everywhere. As the industry convenes in San Francisco this week for the Game Developers Conference, Bloomberg Rankings looked at the prices of Sony's new console in 45 markets where it's available. The prices were then converted from local currencies to U.S. dollars on March 17 and ranked by cost.

The high import fees that Brazil imposes on foreign consumer electronics makers helped land the country at the top of the list. Brazil is a challenge for all game system makers. The country also topped the Bloomberg Rankings list of the most expensive countries to buy an iPhone. A PlayStation 4 there costs 3,999 real ($1,702).

Brazil is drastically more expensive than anywhere else, but its relatively high price is not an outlier in South America. The continent accounts for four of the top 10 countries on the list. Nordic countries also have four. The other two are India and Poland.

The euro zone is pretty middle-of-the-road with the PS4's retail price at 400 euros ($557), even if the converted price isn't as affordable as it was at the launch of the last generation of consoles. The U.S. and Sony's home country of Japan are the cheapest places to buy a PS4.

Check out the Bloomberg Rankings list of the 15 most expensive countries to buy a PlayStation 4 below. Each country is followed by the price in its local currency and the cost in U.S. dollars in parentheses. 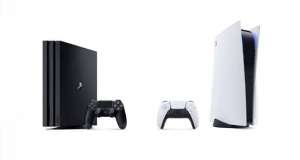 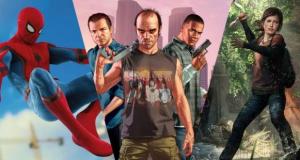