One Of America's Largest Hospitals Brings Google Glass Into The ER

Boston's Beth Israel Deaconness Medical Center, one of America's largest hospitals, is testing Google Glass in their ER so doctors don't have to break eye contact with patients while treating them.

Patients at Boston's Beth Israel Deaconness Medical Center (BIDMC) might notice something different if they end up in the emergency room: Their doctors wear Google Glass. The huge hospital is at the forefront of a movement that uses augmented reality technology to improve service, efficiency, and comfort in the waiting room. Since December 2013, four ER doctors have been sporting neon, hunter's-orange Google Glasses on the job–and more than 10 other clinicians have been participating in testing Google Glass out.

When the hospital's Glass trial began, BIDMC placed giant QR codes by the entrace of every emergency department patient room (see picture below). The Glasses run modified versions of BIDMC's in-house emergency department dashboard software and are used primarily to scan the QR codes on the wall; once the code is scanned, the dashboard software brings up patient records, test results, vital data, and other information. Instead of this information being displayed in a notebook, a laptop, or a tablet like at most other hospitals, the data streams into Glass; the idea is that the clinician is able to maintain eye contact with the patient during the entire consultation. “It looks weird, but it's better than staring at a tablet or a laptop," CTO John Halamka told Fast Company. Every time a patient is moved out of a room, the QR code is refreshed so it brings up information for the next patient.

According to health IT expert Brian Ahier, an internal memo at BIDMC indicated that staffers are reacting with a mix of intrigue and skepticism to the Glass pilot, while patients seem to be fascinated or puzzled by Glass in the ER. One emergency department doctor, Steven Horng, told Ahier that there are advantages to the platform: In one case, Horng was dealing with a patient with a massive brain bleed. Glass automatically pushed the patient's allergy information and medical regimen into Horng's field of vision, which gave Horng critical extra time for reversing blood thinners that he might otherwise have spent turning to a laptop or notepad.

BIDMC's Glass setup was customized by the hospital for workflow and security reasons. All Google components on the Glasses were replaced, so no data goes to Google's servers–everything stays within BIDMC's firewall. The hospital's emergency department dashboard was further modified by startup Wearable Intelligence for use on Glass. 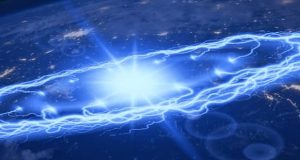