eyewearMicrosoft has filed for a patent on methods of using touch input to interact with smart glasses — including techniques very similar to the approach used by the Google Glass augmented reality glasses.

The application, spotted by the blog Microsoft-News.com, seeks to patent multi-touch interactions with eyewear by tapping, pressing, swiping or pinching sensors located in the frame, lens or stem of the glasses. The filing, which became public this week, was originally submitted in December 2012. An early version of Google’s “Project Glass” had been unveiled in April of that year.

It’s the latest indication of Microsoft’s exploration of the wearable technology market. Purported Xbox planning documents, which surfaced two years ago, signaled that Microsoft was contemplating its own virtual reality or augmented reality Xbox glasses, but those plans have yet to surface publicly.

Microsoft researcher Hrvoje Benko is listed as the lead inventor on the newly surfaced patent filing, indicating that the technology was still in the incubation/research phase at the time of the patent application, not in one of the company’s product groups.

This excerpt from the filing explains some of the ways the swipe interaction would work.

“A single swipe direction may be the only swipe direction allowed for interaction, or two swipe directions may be allowed, each with the same meaning or independent meanings with respect to user intent. For example, a user viewing video content may swipe right-to-left on the sensor 338 for rewind, left-to-right for fast forward, or tap the sensor 338 for play; (note that a tap need not require physical contact, e.g., a finger that is briefly in close proximity to a proximity-type sensor and then removed may actuate the sensor as a “tap” without ever making physical contact). As another example, zoom-in or zoom-out with a camera-type application may be controlled via swipe interaction.” 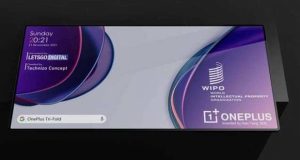 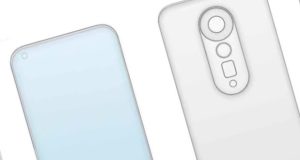