BMW Goes for a Spin on the World’s Most Insane Racetrack: An Aircraft Carrier Probably fake, but the feeling is real By David Kiefaber

It’s one thing to drive at breakneck speeds around a barren salt flat or abandoned airport, but the pucker factor goes up a few notches when you’re teetering on the edge of an aircraft carrier.

In BMW’s questionably real “Ultimate Racetrack” ad for the BMW M4, we see the typical anonymous, black-gloved stunt driver fishtailing and drifting around a course built on what looks like the redesigned deck of an aircraft carrier.

Several YouTube commenters believe it’s fake, and Jalopnik points out some pretty compelling reasons to be dubious, such as the inconvenient fact that aircraft carriers don’t have rounded edges. We’ve reached out to Cundari, BMW’s agency in Canada, and will update with more information if we hear back.

[UPDATE: Andrew Simon, chief creative officer at Cundari, tells Adweek: “We know there is debate and we encourage that. One thing that is for sure is that the M4’s dynamic performance on the Ultimate Racetrack is thrilling viewers all around the world and for that, we’re thrilled!”]

In any case, it sure doesn’t feel fake when you’re watching the car cut around those edges and risk a drop into the ocean. 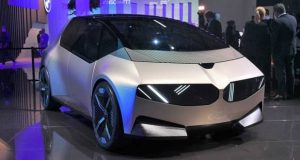 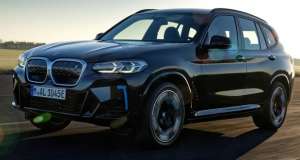