DOL-Fin is designed to let you swim like a dolphin

Besides being able to fly like a bird, many people fantasize about having the ability to swim like a dolphin. Divers already have the option of replacing their two regular swim fins with one fluke-like flexible rubber monofin, although aerospace engineer Ron Smith claims that his invention is much more effective. Known as the DOL-Fin, it incorporates a wide rigid hydrofoil-type fin.

There are actually several models of “Dynamic Oscillating Lateral”-Fin, designed for different applications (such as freediving or recreational scuba diving) and levels of performance. In all cases, however, the feet are held firmly in place using either straps built into a foot platform, or attached Shimano cycling shoes.

An elastomer/nylon composite suspension frame connects the fin to the feet, allowing the fin to pitch up and down in the same way that a dolphin’s flukes change pitch as it swims. The fin itself is made from rigid aluminum, although most models also have swept-back flexible rubber tips.

The exact physics by which the DOL-Fin is claimed to work are pretty complex, but the basic idea is that the rigidity of the fin and the foot attachment setup minimize wasted energy, while the fin’s ability to pitch keeps it from “stalling out” as it arcs through the water. Additionally, the fin’s wide design gives it a larger effective surface area than old-school monofins, plus its hydrofoil design is simply more hydrodynamic.

Although some versions of the DOL-Fin have been around for a few years now, Smith is currently putting the finishing touches on his Orca Mk2 model. It sports a streamlined design, along with some other features aimed at competitive freediving.

“The DOL-Fin Orca Mk-2 offers competition level monofin performance, with recreational levels of comfort,” Ron told us. “It is made from incompressible materials (no foam), so the fin’s buoyancy and swimming characteristics do not change with depth. It has adjustable foot straps that easily allow it to adapt between warm and cold water diving, eliminating the need for multiple monofins for different conditions. It has a modular design that is lightweight and easily packed into standard luggage for traveling.”

He hopes to begin selling it within about six weeks, at a price of US$1,200. If you’re on more of a budget, or simply aren’t a competitive freediver, prices for some of his older, simpler models start at $680.

Perhaps not surprisingly, Smith isn’t the only person making and selling this type of product. Designer Ted Ciamillo also hand-builds a monofin known as the Lunocet (pictured above), which works on much the same principle as the DOL-Fin. The fin itself looks more like a dolphin’s flukes, though, as opposed to a hydrofoil. Pricing for it starts at US$299, which doesn’t include the required cycling shoes.

You can see the X-15 model of the DOL-Fin in use off the shores of Kauai, in the video below. 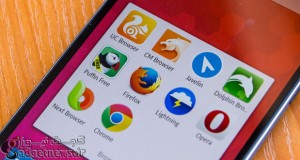