OnePlus One battery testThe OnePlus One is the latest phone to pass our battery test and if you haven’t checked out the review we have the scorecard right here plus some extra juicy details.

Walking about with a 3100 mAh battery inside, the OnePlus One needs to show respectable performance. Of course, it does have pretty large screen to power on (a bright 5.5″ ۱۰۸۰p display) plus a powerful Snapdragon 801 chipset. So jump after the break to find out how it did in our proprietary battery test.

The first test is the call time and it was by far the most impressive the One got. It managed to squeeze just 4 minutes shy of 20 hours – that’s more than enough to enable a rather heavy daily talking routine. It does fall shy of the Samsung Galaxy S5′s 21 hours or the Sony Xperia Z2′s 22 hour score but it’s ahead of the Oppo Find 7a and Samsung Galaxy Note 3′s 18 hours.
Talk time

The OnePlus One did a fair job in the browsing test as well. The battery kept up supplying the juice for constantly reloading webpages constantly on its 5.5″ behemoth of a screen for almost 10 hours. To put that into perspective, that’s around 3 hours short of our record-setters and ahead of just about every direct rival the One has except the Sony Xperia Z2.
Web browsing

The OnePlus One played 11 hours of video footage before the battery went comatose, which again puts it in the upper part of our list. The Sony Xperia Z2 once again beat it to the punch and so did the Samsung Galaxy Note 3 but all of its rivals like the Samsung Galaxy S5, Nexus 5, HTC One (M8) or the Oppo Find series were behind it in this test.

The OnePlus One will be more than sufficient for those long trips where you have time on your hands and a full season of Game of Thrones ahead of you – that’s 10 hours of video watching and you can’t really put a price on that, or at least not as modest a price as the OnePlus One commands.
Video playback

So if we round up the tests the OnePlus One looks to be a very good performer and it is. All of its tests put it in the top 30 of our battery table and that’s exactly where it ends up if we add the stand-by time to the equation. Now that’s the single test where the OnePlus One could have done a little better. It managed a good overall performance, just not as great as on the rest of tests.

So with the stand-by added to the rest of the tests we get a devilish 66 hours of endurance. That’s the time between charges if you perform an hour of calling, browsing and video playback a day.

If you’re interested how exactly the OnePlus One would fit into your daily routine, you can check out our Battery life tool that will allow you to generate your own battery score depending on your own usage patterns. You can also compare it to all the other phones we’ve tested by endurance, call times, browsing or video. Cheers! 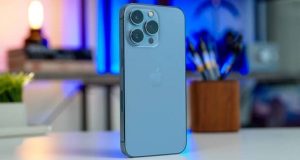 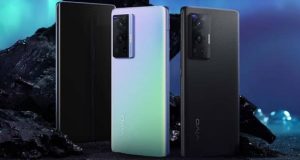 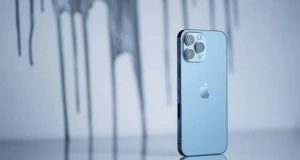