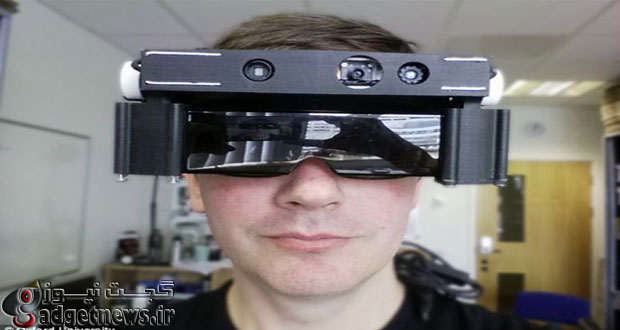 Smart glasses for the BLIND

Smart glasses for the BLIND

Smart glasses for the BLIND: Display turns the world into outlines to help people with poor vision ‘see’ obstacles and faces

Device has a video camera mounted on the frame of the glasses
Software projects images of nearby objects to the see-through displays
The glasses don’t replace lost vision, but assist with spatial awareness
They’re designed for people who are severely sight impaired, but not completely blind
Prototype display could one day be the same size as standard glasses

High-tech glasses that allow the blind to see could be on sale as early as next year.

The gadget, which is hoped to cost no more than a smartphone, will allow wearers to ‘see’ movement and facial expressions.

It could also help those who are normally confined to their homes navigate shopping centres or simply walk to the corner shop.
T

he glasses work by combining information relayed by an infra-red beam and normal video camera. A small computer processes the data before it is projected onto the lenses in the form of line drawings, with closer objects appearing brighter.

One tester of the Oxford University prototype said the extra vision made him feel like a superhero. Another could see her guide dog for the first time.

It is thought that up to 100,000 Britons could benefit from the breakthrough, which capitalises on the fact that most people who are registered blind can still perceive light.

While they cannot be used by people who can see nothing at all, they are designed for those who are ‘severely sight impaired’ and classified as ‘blind’.

And despite the bulky prototype, the technology is advancing so rapidly that researchers hope the final product will be no bigger than chunky sunglasses.

They also want to add an earpiece which will scan the image and pass on detail such as bus numbers by reading out loud.

Currently, under half of Britain’s 365,000 registered blind people leave their home each day. Lead researcher Dr Stephen Hicks said: ‘The idea is to give people with poor vision … greater independence and confidence and an improved quality of life.’

The technology allowed Lyn Oliver, 70, of Faringdon in Oxfordshire, to see her guide dog Jess properly for the first time. Before this, she could only see an isolated eye or ear.

‘If Jess stops, the glasses tell me her if she’s stopped because there’s a kerb, there’s something on the floor or it’s roadworks,’ she said. ‘This gives her a sense of which way she must go around the obstacle.

‘If people are stood outside a shop talking, they often go silent when they see me and watch me walk past. But they’ve disappeared as far as I am concerned. Have they moved? Have they gone inside the shop? There’s a sudden stress about avoiding them.

The glasses help remove this layer of stress and they do it in a way that is natural to the person using them.’

In some cases, details such as facial features can become easier to see – making social interaction more natural.

The glasses work particularly well in low light and can be used to cope with night blindness, the researchers said.

Fellow tester Iain Cairns, 43, of London, was able to make out the pattern on the tablecloth when he tried on the glasses in a cafe. He said: ‘It’s like having a sixth sense, an extra superpower – knowing where to look and pick out objects. It’s very exciting.’

He added: ‘I can see your face. It’s…like the Lord of the Rings when he puts the ring on and sees things in a new way. That tablecloth is looking lovely. It’s getting the pattern of the tablecloth.

‘It’s like I’ve wandered into an 80s pop video. Everyone has cool A-ha drawings round them. It’s now much more of a scene with several people in.’

Researcher Joram van Rheede added: ‘I’m trying to be a sceptical scientist … but as we test more people it really becomes apparent that there are a lot who we can significantly help.’

John Worsfold, of the Royal National Institute of Blind People, said the development is ‘incredibly important’, and could offer blind people the chance to ‘carry out a normal life’.

Preliminary tests with 20 volunteers who have a range of eye conditions and levels of vision have already taken place.

The scientists found that people could quickly get used to the bulky glasses, but it was the third of people with the lowest vision that really found benefits in getting around and avoiding obstacles.

Dr Hicks’ team has set up testing venues in Oxford and Cambridge where they can control the lighting and introduce obstacles to avoid.

A total of 30 participants with poor vision will be tracked as they navigate through obstacle courses, with and without smart glasses.

The team will next look at how to add features such as face, object or text recognition into the glasses, as well as an audio prompt via an earphone, which could give wearers more information about who or what they are seeing.

The group is also beginning to see how people respond with the glasses in indoor spaces like shopping centres. 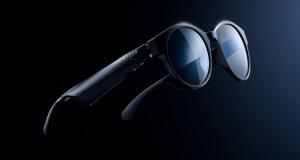 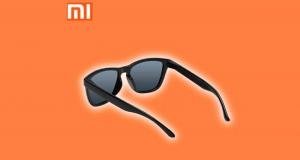 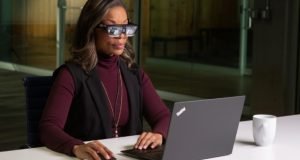