Qualcomm's certainly made a name for itself in the mobile chipset space, but the company's past attempts at creating a fully baked consumer device have not been tremendously successful. Take FLO TV, for example. The pocketable television receiver had potential, but a botched execution left the firm with an embarrassing failure. It's this legacy that leaves us cautiously optimistic about today's product introduction, a full-function smartwatch called Toq.

Why is Qualcomm designing, marketing and selling a smartwatch, you ask? The answer lies in a troubled display tech called Mirasol. We got our first good look at this low-power color display technology at CES back in 2010. Since then, Mirasol has had a hard time catching on, with manufacturing costs a likely culprit. We've seen new iterations each year, mostly in the form of prototype e-readers, but a decision to shutter production last summer seemingly marked the final straw for the inventive concept. Then, we regained hope following this year's SID Display Week, where two new high-res panels made their debut, including one in a smartwatch. Curiously, that wearable we saw in May bears little resemblance to the product we're meeting today, which you'll find detailed in full after the break.

Sure, there are a handful of smartwatches already on the market, but Toq doesn't tick with the rest. A unique Mirasol display offers excellent outdoor readability, thanks to its reflective properties, while also delivering color output with far less power draw than an LCD or OLED equivalent. There's also full touch functionality on the display, which is disabled when you don't need to use it. A double tap on the band below the screen will wake it back up, while the same action up top will activate a light for easy reading indoors.

A unique design allowed Qualcomm to add a color display and touch functionality while still maintaining a slim profile. The battery, one of the device's largest and heaviest components, is mounted at the bottom of the band by the buckle, rather than below the Mirasol screen. There's no physical connectors to deal with, either — the watch communicates with a companion Android app (iOS is coming) via Bluetooth and WiFi, and it charges through a wireless dock that doubles as a carrying case for the optional stereo Bluetooth headset, which also charges wirelessly using the same accessory.

On the software side, you get a lot more functionality here than you do with similar devices, such as Pebble. Toq isn't designed strictly for consuming information. You can read emails and text messages on the device, but you can also respond to them, albeit with a list of programmed responses. From the smartphone app, you can add, remove and reorder your replies, which can range from a simple "yes" or "no" to several words or even complete sentences. There's also a stock viewer that pulls quotes and charts from E*Trade, an AccuWeather feed, a calendar readout and a handful of unique watch faces, designed in-house at Qualcomm.

The pre-production Toq we tried out worked very well. It was responsive and easy to use, with an intuitive yet comprehensive interface. It's rated for three to five days of use on a single charge, though the wireless power accessory couldn't be easier to use. Unlike other recent products, it's not going to be restricted to developers either, though Qualcomm plans to keep the production run fairly small — think tens of thousands of watches, not millions. If it's a success, though, the company hopes that partners will embrace the Mirasol technology, and create similar wearables of their own. In the meantime, you'll soon be able to order a black or white Toq through Qualcomm's website, with delivery expected in Q4. 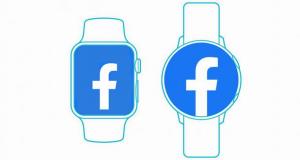 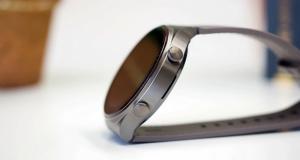 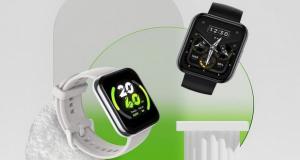