Last week we reported on a new standard for time in America, developed at the National Institute for Standards in Technology (NIST). This new clock is so accurate that it will deviate from true time-keeping by no more than a single second every 300 million years. It was an enormous undertaking, one fit for a major national scientific organization with responsibilities to citizens, government, industry, and more. Certainly, such precision work could never be touched by the laymen and their home labs!

Yet that’s exactly the thesis of a new Kickstarter campaign from Hawaiian watch-maker John Patterson, who wants to bring the very first atomic watch to market. Like NIST’s atomic clock, this watch uses the basic physical properties of elements to keep time. Unlike that new standard, however, the atomic watch is small, portable, and runs off regular rechargeable batteries. It should lose no more than a second every millennium — not quite as precise as America’s new timepiece, but this is still a serious level of accuracy to park on your wrist.

The watch works by measuring the very definition of modern time-keeping: the radioactive emissions of a sample of caesium-133. This stable isotope is known to produce microwave emissions with a very predictable frequency: 9,192,631,770 vibrations per second. By counting the peaks in these emissions, the watch can keep time more accurately than any other watch on Earth — though how long it will retain that crown is anyone’s guess. As Patterson points out in the Kickstarter promotional video, this technology could spread quickly around the world. Still, there’s only one first, and this is it.

The downsides of an atomic watch mostly stem from the fact that this technology is still squarely in its infancy for portable applications. The military clock-on-a-chip technology used here is none too small, taking up a large portion of the arm and guaranteeing a large number of inquiries from passing strangers — though maybe that’s your thing. More problematic is the fact that on “full atomic” mode, the watch will only get a few hours of charge time; an internal scheduler switching the caesium clock on and off can maintain almost all of the accuracy, however, while extending battery life to over 30 hours.

Ultimately, you don’t buy a watch like this because it is the most practical timepiece available, but because it’s the coolest. The true atomic model watches will run several thousand dollars (at least at first) and sport prototype cases and internal workings. Like a transparent watch designed to let you see the internal workings, this is a marvel of technology more than anything else.

There’s something about the perfect precision of time-keeping that seems to inspire people, so that even in a decidedly cynical time flooded with amazing discoveries, people will still pay to put an experiment on their wrist. 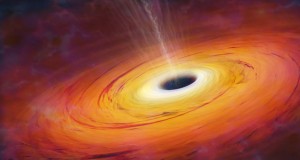 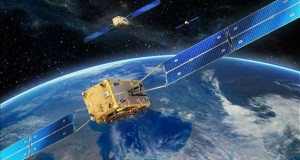 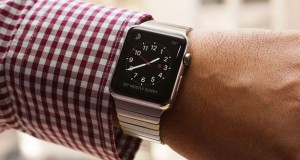