When the LG Isai FL for Japanese telecom KDDI leaked earlier this week, we were excited about the clues it may offer about what LG may have in store for us with the successor to the highly praised LG G2 and maybe even what the Nexus 6 may present.

The Isai line has been an exclusive on KDDI’s wireless carrier, au, also known as “au by KDDI,” since it was introduced last year. These new images, of an LG device, also model number LGL24, are branded for au like before.

The design language is the same as what we saw too, except this time, we have some specifications to go along with the device, and they don’t disappoint, though they probably will not surprise you. Underneath that bright pink body is a quad-core Qualcomm Snapdragon CPU clocked at 2.5GHz. The screen measures 5.5-inches and is an LCD. There is 2GB of RAM accompanied by 32GB of microSD expandable storage.

The battery is 3,000mAh and naturally Android 4.4 KitKat is on board. The Isai is also water resistant with an IPx7 rating, meaning that the device will be good for immersion in water up to 1 meter for up to 30 minutes. The “x” simply means that the dust-proof certification is still to be determined or just not known, though given the 7 rating for water, it is not out of bounds to think particle protection will rate a 5 or 6, 5 being “dust protected,” 6 being “dust tight.”

LG Isai FL leaks again, this time in pink, specs in tow
As for the rest of the device, the volume buttons are where we remember from the G2, the power/lock button has returned to the side, thankfully without hurting the beautifully thin bezels, and there is a speaker along the bottom. The item next to the volume rocker is still a mystery, but rumors we are reading indicate either a fingerprint sensor or heartbeat monitor, remember though, that is a guess pulled from the hip. Either way, between these images, the specs, and some other purported images of the LG G3, we are looking forward to seeing it up close.  Last year's Isai shared very similar specifications to the LG G2, so it is not a stretch to bridge the gap.

If these specs hold up, along with all the other rumors we have gather about the LG G3, it is going to make a big splash when it gets formally announced this summer. 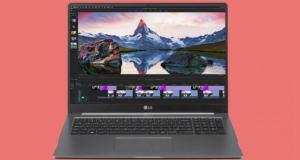 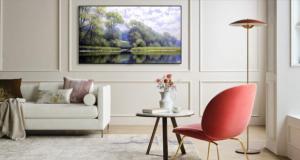